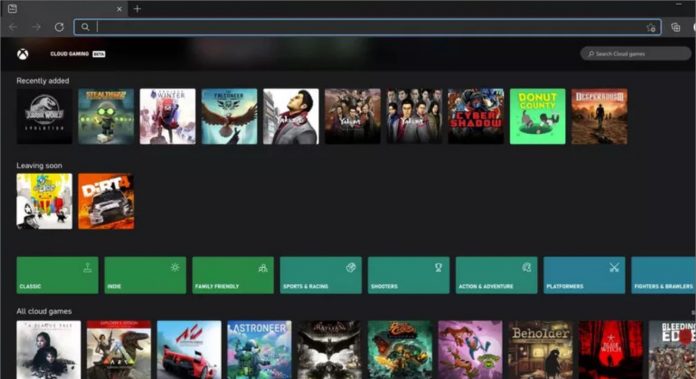 Microsoft began testing xCloud game streaming via a web browser. According to The Verge, Microsoft tested the web version of xCloud and shared the images before a public preview.

XCloud, which allows Xbox players to access their games via a browser, will also be able to work on devices such as iPhone and iPad.

xCloud has all the cloud games of Game Pass Ultimate

Featuring a simple launcher with suggestions for games, the service includes access to all cloud games offered through Xbox Game Pass Ultimate, in addition to the ability to keep the most recently played games.

In addition, let’s point out that you need a controller to play Xbox games broadcast via the browser.

It is unclear at what resolution Microsoft publishes the games via its web version. Since the software manufacturer uses Xbox One S server blades for its existing xCloud infrastructure, it is believed that 4K streaming will not be supported until the service has upgraded Xbox Series X components.

Additionally, Microsoft plans to include the web version of xCloud in the PC version of the Xbox app in Windows 10.

XCloud, whose web version is currently limited to Google Chrome and Chromium browsers such as Google’s Stadia service, is planned to release some kind of public preview on the web in the spring.