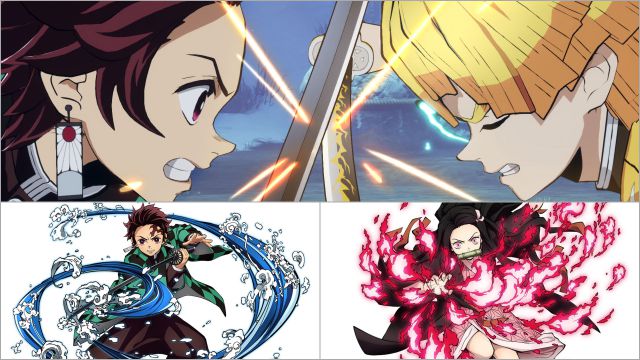 Demon Slayer: Kimetsu no Yaiba – Hinokami Keppuutan will be released on PS4, PS5, Xbox and PC this year 2021. The announcement comes from the hand of Season 2 of the anime.

The publisher Aniplex and CyberConnect2 have presented the first official gameplay of Demon Slayer: Kimetsu no Yaiba – Hinokami Keppuutan, the official video game based on the popular Koyoharu Gotouge manganime. The title, scheduled for this year 2021 – for the moment, only in Japan – on PS4, PS5, Xbox and PC consoles, bases its game scheme on the popular Naruto Shippuden Ultimate Ninja saga, for which the same studio is responsible. nippon.

Specifically, the previews (videos courtesy of Gematsu) focus on the protagonists Tanjiro Kamado and Nezuko Kamado, two illustrious faces of the work, in Versus mode, one of the two main game modes of the title. Tanjiro uses Water Breathing, a fighting style he learned from Sakonji Urokodaki. For her part, Nekuzo uses demon powers as a consequence of being attacked by one and becoming one of them.

As we can see in the images attached to this news, CyberConnect2 has shown two official arts of both characters. More details regarding the approximate release date will be offered soon, how far the main story will cover (we only know that it will narrate the facts of Season 1, not how or to what extent exactly), how many selectable characters there will be …

Of course, the versus mode of Demon Slayer: Kimetsu no Yaiba – Hinokami Keppuutan will have both local and online multiplayer mode, according to the demands of the players. The fights will always be in real time with movements already seen in the manga. We do not know if the game will reach the western market, where its impact on the market is currently much smaller than in Japan, where all kinds of records were broken in 2020.

See Also
Demon Slayer: Season 2 should be released in 2021

In parallel to the presentation of these contents, it has been confirmed that Demon Slayer: Kimetsu no Yaiba will have Season 2 for its anime this year 2021, a production with the same director and the same animation studio, Ufotable. In fact, the person responsible for drawing the characters Akira Matsushima does not change either.