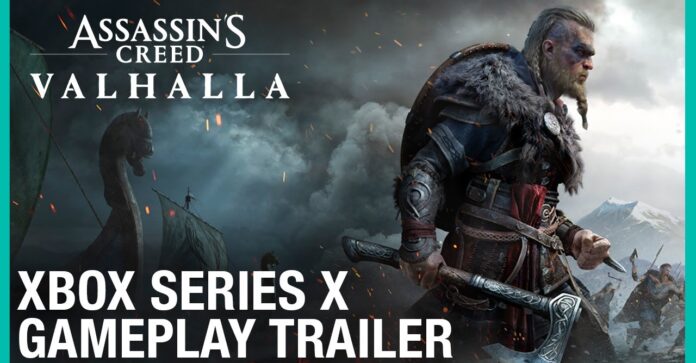 Ubisoft released the trailer for the highly anticipated new game of Assassin’s Creed, Valhalla, last week, but did not settle for this, and recently announced that the in-game images will also be shared with the fans of the game. Ubisoft kept his promise and released Assassin’s Creed Valhalla footage on Xbox Series X.

In the trailer released last week, we could not get detailed information about the war experiences and discoveries in the game. Instead, we had the chance to take a look at the places we will encounter in Valhalla. We have a chance to take a look at Eivor, who uses his hidden knife with Assassin’s Creed Valhalla’s in-game footage, to sail in big boats, lead a group of raiders and throw double axes against enemies.

In Assassin’s Creed Valhalla, you will be both a male and female character, but both will be called Eivor (pronounced ‘Ayvor’). Like many Assassin’s Creed games, the last game is inspired by history in Valhalla, but the historians of the game had to go a little deeper this time to create a story from the dark ages. Ubisoft has announced that they will not hesitate to be compared to 2018 of God of War because of the Scandinavian mythology decor.

The fact that the game takes place in the Viking Age means that we will see the story of how the Hidden and the Order of the Ancients became the Order of the Assassin Brotherhood and the Knights Templar during the game.

Lucid CEO Announces Its Competitors Are Not Tesla