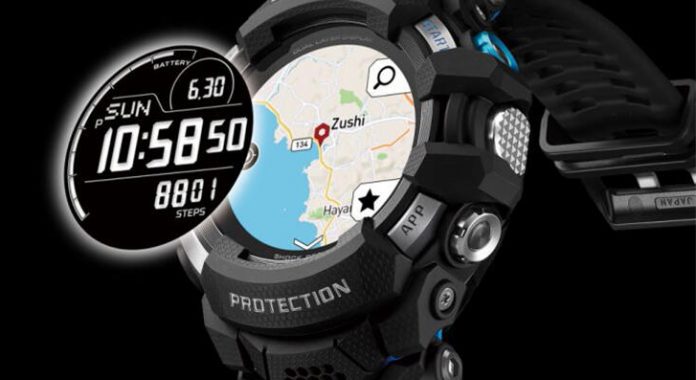 Users are offered three different options for the GSW-H1000. All models have a double layer screen. One of these layers is a monochrome and always-on LCD display panel. On the other layer, there is a color LCD panel used for displaying sensor and map data.

All options of the Casio GSW-H1000 feature a titanium back panel and a colored aluminum Start button. Honeycomb texture is preferred for the case and strap. One of the highlights of the durable design that is identified with G-Shock. The charging port and microphone of the watch are also water resistant. In addition, it should be noted that the Casio GSW-H1000 can operate at depths of 200 meters.

All three versions of the Casio GSW-H1000 have built-in GPS, heart rate, pressure and altitude sensors. In the Casio application on the watch, 15 activities and 24 indoor exercises are offered.

Features offered by Google on the Wear OS platform are also available on the hour. Google Assistant, notification display, iOS and Android support are among these features.

It is not yet known when the Casio G-Squad Pro GSW-H1000 with Wear OS will be released. No information has been given about the price of the smart watch.