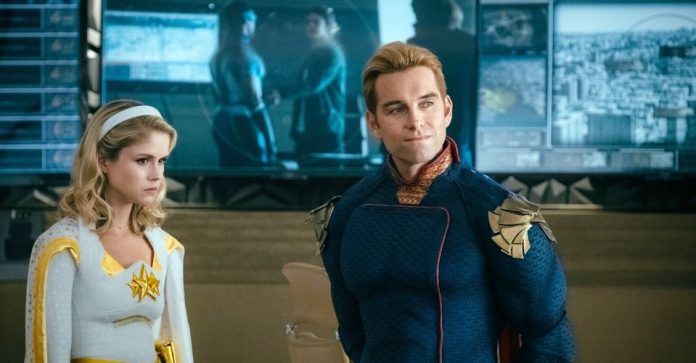 The producer of the popular series of the Amazon Prime Video platform, The Boys, has revealed a great preview of what season 3 of the show will have, after showing the title of the first episode in which there will be an imminent revenge.

The first and incredible clue that the producer of the show is revealing, it seems that revenge could be on the way for the new season.

The producer, Eric Kripke, posted on his Twitter account not only to advance the start of season 3 of The Boys, but also when the show will get back on track.

“They’re not fucking ready for this.” Eric Kripke.

In addition to that, it is also seen that season 3 is literally called, “Playback”, this could mean that one of the characters is preparing a revenge. Homelander?

Whereas the death of Becca, the disappearance of her son, and the fall of Stormfront could leave Homelander more deranged and vengeful than ever, so it wouldn’t be strange to see some revenge.

The Boys series will apparently begin filming in early 2021. This would mean a shorter wait between seasons 2 and 3, than the more than a year between seasons 1 and 2 that we saw previously, we can only wait anxiously for the new delivery.