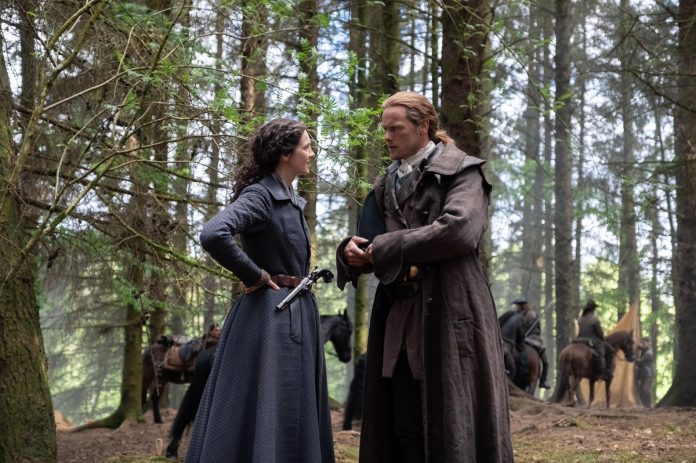 The video of the beginning of the production of season 6 of Outlander, has revealed an incredible detail that the fans of the show did not miss, the title of the first episode of the new installment.

In a new video to mark the beginning of production, Starz confirmed the title of the sixth season’s opening episode, but, viewers will have a glimpse of this at the end of the video.

The first episode seems to be titled “Echoes.”

Although there are some doubts about it, since most likely the title refers to the fact that it is based on the seventh novel by Diana Gabaldon, entitled “Echoes of the past.”

But, the writer of the Outlander books, has not explicitly confirmed what the meaning of the title is. However, on her website, she wrote about how the book’s cover in the UK reflects this.

Gabaldon explained: “The UK publisher decided to put a skeleton leaf on the cover. I liked this one; the sheet is a poetic metaphor for the ‘echoes’ of family relationships and events that delicately cut through the book ”.

Although the news and the video shown did not show much more than the sets, some costumes used by the characters and the beautiful landscape where the production is developing.

In old statements, the book that would be adapted for Outlander season 6 would be, “Wind and Ash.” So the doubts have started about it. But, the excitement of the start of production has been getting all the fans excited.