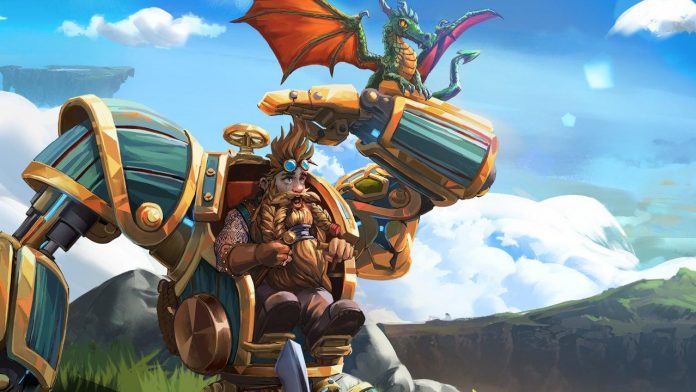 First Dwarf is a new open—world role—playing game that includes base building and survival elements – and seems to take its visual cues from Zelda: Breath of the Wild.

In the game, you play as the titular First Dwarf, a scout in a mana-powered robot who goes in search of a new home for his people. As you can see in the exclusive trailer below, you’ll explore a pastoral open world set on floating islands, loot, create, build a colony, fight threats, and presumably uncover a more personal story along the way.

“The planet Driftland is no more,” says the synopsis of the plot from the developers of Star Drifters, “the war between the magicians of the four races split the globe into floating islands, and the inhabitants turned into barbaric tribes. Among the desolation, the dwarves prevailed, but not for long – resources are running out, and the once great civilization is on its last legs. In a desperate attempt to secure the future, mighty airships are sent to the heavenly islands in search of materials to save the dwarf kingdom.”

Star Drifters promises that along the way you will be able to upgrade your mechanical armor, which will allow you to visit more remote floating islands, uncover the hidden past of your character’s father, and even unlock the use of a miniature dragon named Ragna.

Despite the fact that the game is built on Unreal Engine 5, it looks more stylized than many of its counterparts on the new engine. Its picturesque textures and naturalistic colors definitely resemble “Breath of the Wild” — not a bad comparison, all things considered.

Arcane wins Emmy Award: What can studios learn from the success...