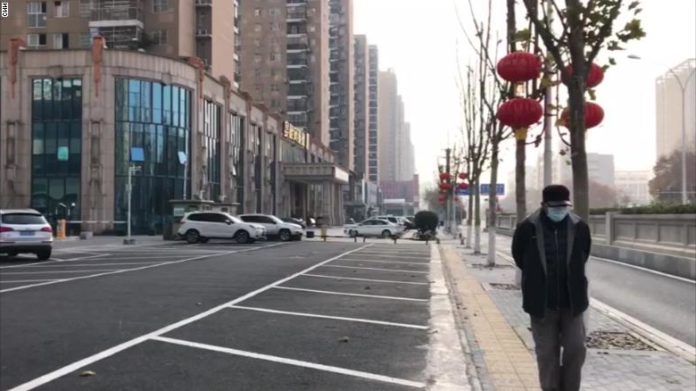 The Chinese administration announced that the number of new cases has decreased to the lowest level since the end of January in the Corona virus outbreak. The total number of Corona virus cases has reached 44,653.

Zhong Nanshan, China’s medical consultant on Corona virus outbreak, said he predicted that the spread of the virus would decrease in April after peaking this month. However, some experts are skeptical about this date, saying it is too early to make a prediction.

On the other hand, passengers on the ship, which were quarantined after detecting viruses on a ship from Hong Kong, carrying 3,700 people in Japan, continue to be screened. A total of 175 Corona virus patients were reported with 39 new cases on board.

WHO: 18 months to the first vaccine
Tedros Adhanom Ghebreyesus, Director General of the World Health Organization (WHO), called on all countries as “aggressively” as possible to prevent the spread of the virus and announced that the first vaccine to be developed against the Corona virus could be completed in 18 months.

Ghebreyesus also announced that the epidemic was named Covid-19 (2019-nCoV). Covid is an acronym created from the letters of the definition of English Corona virus disease. The number 19 at the end marks the year of 2019 when it appeared.

Scientists called on WHO to give an official name to avoid confusion about the Corona virus. The Corona virus was first seen in Wuhan, China, and the outbreak had spread to at least 27 countries from here.