Home News First Death in Europe Due to Corona Virus 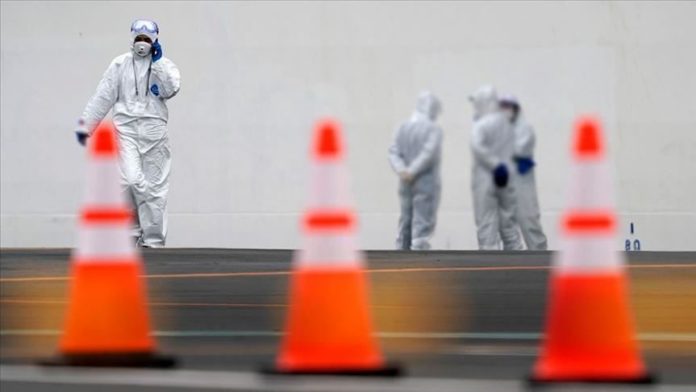 According to the announcement from the French Ministry of Health, for the first time in Europe, a person has died due to the Corona virus, the epicenter of which is China. According to the statements made by the ministry, the person who died was an old Chinese tourist.

The Corona virus (COVID-19), which occurs in Wuhan, China, continues to spread day by day. Finally, an epidemic in China, which has experienced a leap in recent days, has caused a death in Europe as of today. With this incident, a person died for the first time in Europe because of the Corona virus.

Speaking about this incident in Paris, the capital of France, France Health Minister Agnes Buzyn said that the deceased was an elderly Chinese tourist. The patient, who was reported to be 80 years old, was treated at Paris Bichat Hospital before he died from a lung infection caused by the virus.

The 80-year-old Chinese tourist, who died, was kept in quarantine for some time:
Chinese tourists, reportedly arriving in France on January 16, have been kept in quarantine in the hospital since January 25. According to data reported by Reuters, for the first time in France, a total of 11 cases of viruses have died due to the virus. However, the number of Corona virus cases worldwide is said to have reached 63,851.

The fatal cases ever seen outside of China have been seen in Hong Kong, China’s special administrative region, in Japan and the Philippines. The fact that most of the diagnoses and deaths that are happening now are in China, the other countries are relieved. Nevertheless, experts say there is nothing to worry about but everyone should take the necessary precautions. Wearing mask and frequent hand washing are the primary measures.

According to official statements, the virus, which is now transmitted to 67,185 people worldwide, caused 1,527 deaths. On the other hand, it is stated that 11,082 of the patients infected with Corona virus are critical or serious.