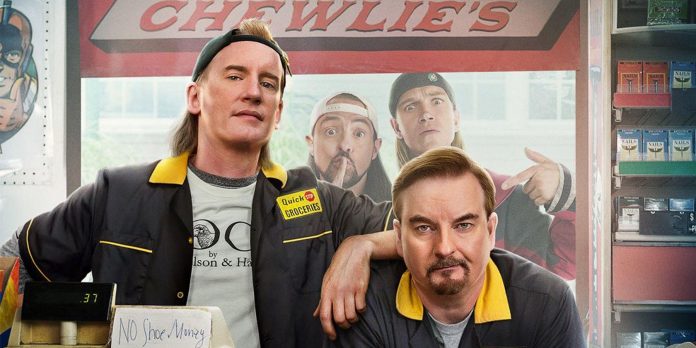 Kevin Smith has unveiled the first official trailer for Clerks 3, and in true Smith style, Dante and Randall’s latest misadventure is filled with meta references to the director’s own experience.

Smith’s career began with the release in 1994 of the famous indie film “Clerks”, which told about the day of Dante Hicks and Randall Graves, when they worked their shift at a convenience store and a Quick Stop video store. Twelve years later, Smith released Clerks 2, in which Dante and Randal encountered several strange characters and solved their problems during a shift at Mooby’s fast food restaurant.

Now, after 16 years and several obstacles, Clerks 3 will finally arrive and reunite fans with Dante, Randall, Elias, Becky Scott and, of course, Jay and Silent Bob. As can be seen from the first trailer for Clerks 3, Randal suffers a heart attack and decides to make a film about his life with Dante on a “Quick Stop”, realizing that he lives in debt. This is followed by a series of cameos from favorite View Askewniverse faces, such as Ben Affleck, and numerous references to Star Wars, when Dante and Randal are trying to realize their cinematic dreams. It wouldn’t be a Smith movie without references to themselves, so the trailer for “Clerks 3” also includes a reference to a memorable conversation about the “Death Star” from the first film, as well as a hint that only “hack” would make a sequel to the film about their lives, working at a convenient time.

As fans can probably tell, “Clerks 3” contains a lot of references to the experience that Smith himself has encountered in the years since the release of “Clerks 2”. In 2018, Smith suffered a heart attack, after which he recovered, which seemingly changed his life. After the doctor advised him to lose weight, Smith switched to a vegan diet, which he adheres to to this day, and lost a lot of weight to improve his health. So, “Clerks 3”, like the two previous films, is likely to be a commentary on the current stage of Smith’s life.

Although Smith’s recent work has not been so well received by critics, he supports loyal and passionate fans who are probably looking forward to reuniting with the Quick Stop gang. Also, “Clerks 2” reads like Smith’s statement that he’s more than OK making small films with his friends, which may not be what critics consider worthy, but fuel his passion and allow him to work with the people he cares about the most.

Time will tell how “Clerks 3” will appeal to fans and critics, but few will doubt that Smith put everything he had into the third chapter of a series of films that changed his life.

Andrew Garfield Was Pained By His Spider-Man’s Approach: Is He Walking...