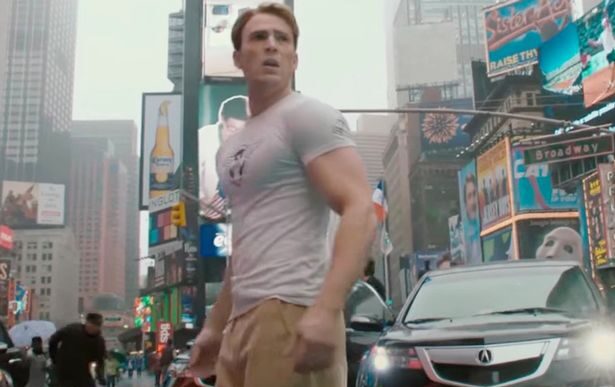 Marvel fans, who have proven that the uncontrolled power is not ‘power’, the only solo movie of the popular Marvel character Hulk, The Incredible Hulk, discovered new clues about Captain America’s past.

The fans of the Marvel Cinematic Universe, who repeatedly watched old films from filmlessness, had hawkish eyes, finding new clues to the past of Captain America / Steve Rogers in The Incredible Hulk. The clues found show a connection between Hulk and Captain America’s histories.

Although The Incredible Hulk was released three years before Captain America’s first film, it contains hints about the history of Steve Rogers, which we can only notice when we watch The First Avenger.

Bruce Banner in The Incredible Hulk fights against Emil Blonsky, who uses a serum called “super serum” to turn into a bad man named Abomination in Marvel comics. As the developer of the formula on the serum injected into Blonsky in the film, “Dr. Reinstein ”. Dr. written on super serum. Reinstein, who helped Steve Rogers transform into Captain America. Abraham Erskine codename.

According to Marvel fans’ theory, the military program that converts Emil Blonsky to Abomination is called “Weapon Plus”. According to Marvel comics, the first stage of the Weapon Plus program was the conversion of Steve Rogers to Captain America. The tenth program is Weapon X, where the skeleton of Wolverine is covered with adamantium.

Regarding the coronavirus outbreak, we have seen many conspiracy theories, some of whom have confused them and have only made them smile. Bill Gates’ conspiracy theory is shared about many people and institutions until the Chinese Government, but conspiracy theory is not shared for the Marvel Cinematic Universe? Some Marvel fans suggest that coronavirus is predicted in Captain America: The First Avengers in the theory they share.

There are two remarkable visuals in the background, where Captain America takes off the glacier and runs to Times Square in modern New York. One of these is the Corona brand alcoholic beverage and the other is a virus image. According to Marvel fans, these images were not chosen randomly, and a coronavirus message was given in the background. As you can imagine, this theory was not taken seriously by many.