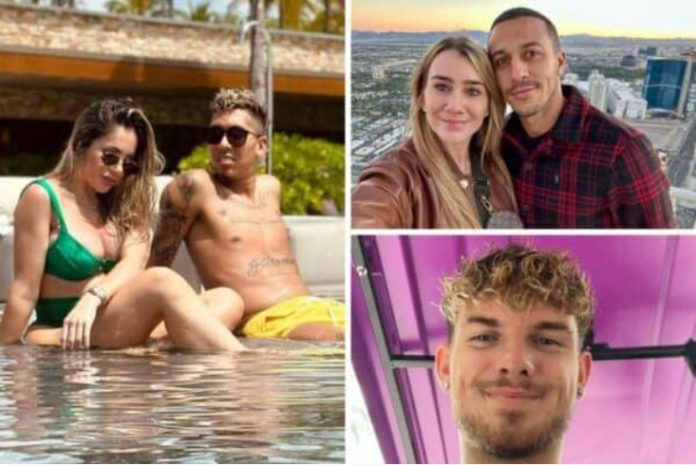 Since only seven Liverpool players will take part in the World Cup, those who will not be in Qatar took the opportunity to fly away for a mid-season vacation.

Trent Alexander-Arnold, Jordan Henderson, Fabinho, Alisson, Virgil van Dijk, Ibrahima Konate and Darwin Nunez with their national teams are preparing for the start of the World Cup this weekend.

Several other Liverpool players whose countries did not qualify for the tournament were also in the national team this week, for example, Mohamed Salah and Andy Robertson.

However, those who were not required to represent their countries this month took the opportunity to fly away on vacation before the warm training camp of the Reds in Dubai next month.

Roberto Firmino, one of the Liverpool players who would have been very disappointed if he hadn’t made it to the tournament, left for the Maldives with his family this week.

There are rumors that the Brazilian could sign a new contract with Liverpool before the end of the season, and with nine goals to his credit this campaign, he certainly deserved a break.

Elsewhere, Thiago, another man ignored by the national team coach, left for Las Vegas with his wife.

Having managed to avoid injury a few weeks before the tournament, the Spaniard has been in good shape for the Reds, and Jurgen Klopp certainly won’t mind him getting an extended break before the second half of the season.

Curtis Jones and Harvey Elliott also enjoyed a break, and Jones, whose new long-term contract with the Reds was announced earlier this week, watched the NBA game in the United States.

There has been speculation in some quarters that Elliott could qualify for a late call-up to England if James Maddison withdraws from Gareth Southgate’s World Cup due to injury.

Meanwhile, the Liverpool midfielder is basking in the sun.

Klopp’s players are due to reconvene early next month before heading to a 12-day warm-weather training camp in Dubai, where they will face Lyon and Milan in the Dubai Super Cup.