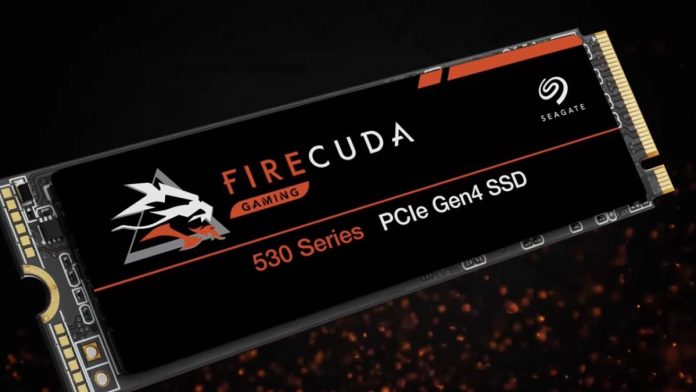 FireCuda 530: The 4th Gen PCIe SSD That Promises to Push Our Computers to the Edge
Seagate seeks to have the last word in fourth generation PCIe SSDs with the new Firecuda 530 presented through its SG21 digital event, which was broadcast on its official YouTube page.

This SSD promises to give 7.3 GB per second of reading and 6.9 GB of writing, positioning itself as one of the fastest on the market and can be found in 4 TB, 2 TB, 1 TB and 500 GB models.

And for the high temperatures, the brand took the opportunity to present the variant of this SSD with a specialized heat sink that worked hand in hand with the EK team, a company specialized in this section with more than 15 years of experience.

At this same event, AMD participated through Erin Maiorino, Ryzen Product Marketing Manager for desktop. In this intervention, the manager underlined the compatibility of this type of units with processors such as Ryzen 5000 to fully exploit the fourth generation PCIe without neglecting that the AMD Radeon RX Series 5000 and Series 6000 graphics cards are also compatible with this bandwidth protocol.

MSI also had its participation, mentioning that it has more than 30 motherboards compatible with this type of SSD’s such as the B550, X570 and the TRX40.

Which mobiles will be left without WhatsApp in 2021

Xbox Out Of Stock In Japan In Minutes