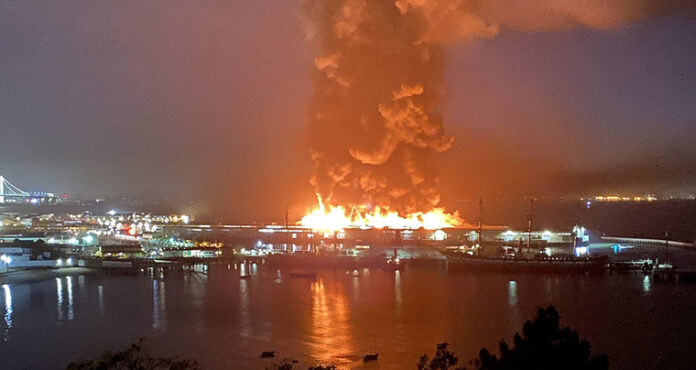 Firefighters in San Francisco are fighting a four-alarm fire at Pier 45 on Saturday morning, the fire department tweeted.

At least one of the pier’s four main warehouses is burning alongside the SS Jerimiah O’Brien, a historic ship used during World War II.

Authorities just before 6 am said that no injuries had been reported and that firefighters were making progress in containing the fire.

No other information was immediately available.