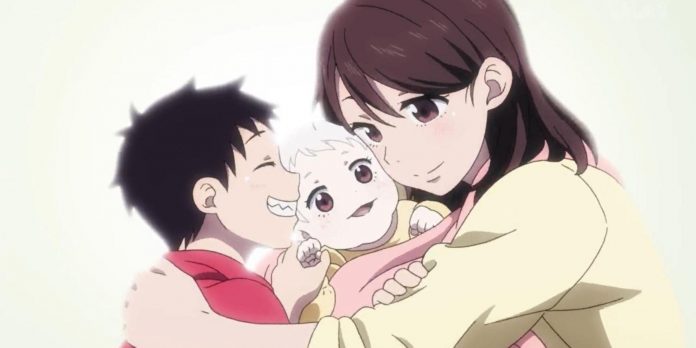 At the center of the popular anime/manga Fire Force is the main character Shinra Kusakabe, who dreams of becoming a hero. Before Shinra joined the Special Forces squad because of his incredible pyrokinetic abilities in the third generation, he had a difficult and depressive childhood. Several unfortunate events split the Kusakabe family apart, damaging Shinra’s personality.

Surprisingly, in the midst of this crisis, Shinra’s father does not exist. Short flashbacks in the anime featured only Mari Kusakabe and her adorable son Sho. For most of the series, these people were the only characters portrayed as Shinra’s family. This was the default narrative until chapters 231-234 of the Fire Force manga finally revealed the circumstances of Shinra’s birth. So, who is Shinra’s father?

The main characters of Shonen often have difficult early years of life. In fact, this is a fairly common backstory in the senen world. Nevertheless, Shinra’s childhood was no less traumatic and terrible than that of most of the main characters of Shonen. Growing up in a small happy home with his mother Marie and younger brother, Shinra spent a relatively peaceful childhood playing heroes, to the delight of the young Sho. Even at an early age, Shinra showed noble traits, from time to time swearing to protect his brother from any pernicious circumstances — like a typical hero. Mari Kusakabe also advised Shinra to protect other people with her strength and skills, gradually forming Kusakabe’s mentality in childhood so that he would become positive and noble.

Their happy home flourished until a fire caused by an infernal, later revealed to be Shinra’s mother, destroyed their home and tore the Kusakabe family apart. This whole dangerous situation was already a trauma for Shinra, as he had just lost his family. However, this did not prevent pointing the finger at him — people accused Shinra of causing the death of his family because of his pyrokinetic abilities. This whole situation caused a unique Shinra reaction — the Devil’s Smile — one of the main chips of Fire Force. Shinra partially believed that his brother died after a catastrophic fire destroyed his childhood home. However, he turned out to be wrong after he discovered that his brother was alive and well, but as a commander dressed in White.

This eventually led to a mind-blowing battle between the siblings. After the fight, a desire was born in Sho, caused by Shinra’s actions, to find out his real family. Although he was constantly suppressed by Haumea, he eventually blossomed, and in chapter 231, Xie made progress in solving the mystery of his childhood.

The unique circumstances of the birth of Shinra and Sho

In chapter 230, Shaw, along with his assistant, tried to find out details about the circumstances of his birth and the identity of his father. After a number of unsuccessful attempts, he changed his search tactics. Instead, his search was focused on finding any critical news that happened 17 years before his present time. This new plan proved fruitful as he discovered a disturbing incident. 17 years ago, Marie Kusakaba was written about in the newspapers as a patient with a virgin conception. This event puzzled Sho because he had never heard of a real virgin birth. Simply put, a virgin birth involves the conception of a child without sexual intercourse. After learning that his mother was connected with such a unique saga, Xie decided to visit the Shinjuku Community Center, where he met a rather noisy man who willingly divulged all the information he had about Mari Kusakabe.

The talkative man said that the sons born to Marie Kusakabe allegedly had no father — a medical miracle that is impossible from the point of view of the biology of the human body. Gradually, the old man’s delirium began to resemble gossip, until he finally reported that the Church of St. Sol had censored information about the birth of Kusakabe. This adds dignity to the stranger’s conversations, since the Church of the Holy Sun will not interfere in any matters unless they are of great importance to them. In this chapter, Shaw also wondered why his brother is often called “the devil”.

Suddenly, Sho experienced Adolla’s connection with his infernal mother. She then told her backstory to Sho through her memories. From Marie’s memories, Shaw learned the truth about the circumstances of his birth. He and Shinra were indeed born a Virgin. Because of this incident, Marie’s parents disowned her and neglected her, since she could not identify the father of her children. In fact, Shinra and Sho did not have a father; however, Mari’s parents strongly doubted this fact and rejected her. The flashbacks also show how Mari seriously calls Shinra a “hero”, foreshadowing Shinra’s future role in relation to humanity.

After studying the memories of his mother, Sho told how the birth of Shinra happened.