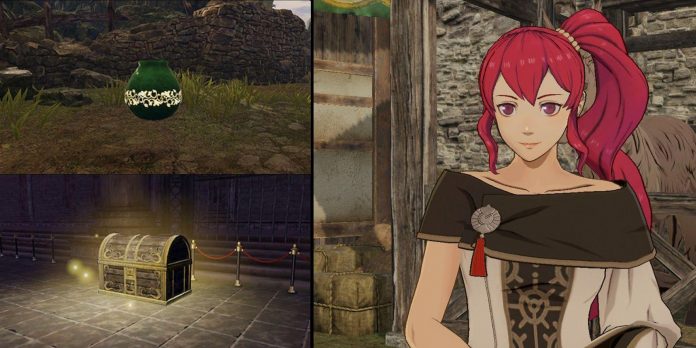 Gold is the currency in Fire Emblem Warriors: Three Hopes is used to buy weapons and items. Fortunately, it’s very easy to farm thanks to the musou-style gameplay of Three Hopes. By the end of a player’s first playthrough, they should have more than enough to spend on forging weapons and buying Seals to grow their units.

Along with renown, gold is one of the many things to carry over into Fire Emblem Warriors: Three Hopes’ New Game Plus mode. With that in mind, it’s important to get as much as possible to help make things easier on a second playthrough. FEW:3H players can of course sell items for gold, but there are much easier and faster methods for farming gold.

Like in Fire Emblem: Three Houses, units have access to almost every in-game Class. Pegasus Knight and Brawler Classes are limited to female and male units respectively, while the House Leaders have their own unique Class that can’t be learned by anyone else.

However, the Class Ability players will want for farming gold can thankfully be learned by most units. Despoil will give gold each time an enemy is defeated, whether that be a horde of enemies or a commander. This can be learned by unlocking the Assassin Class and getting it to Rank 2/Two Stars. Despoil can then be equipped as an Ability in the Convoy menu.

To get the Assassin Class, the following must be done:

Master the Myrmidon Class. All units have Myrmidon, Soldier, Fighter, and Monk unlocked by default. Use an Intermediate Seal to unlock the Thief Class. Intermediate Seals are usually given as rewards for completing Missions and can also be bought at the general store in the Camp. Once the Thief Class is Mastered, use an Advanced Seal to unlock the Assassin Class. Advanced Seals will start appearing in the marketplace from Chapter 7 of each route. By the time an Assassin-classed unit reaches Rank 2, they’ll learn Despoil.

Another unique ability for farming gold is Balthus’ Golden Fists, which will reward gold for “sending enemies flying” after a certain amount of hits. This Ability can be upgraded to Level 3 at an expanded Tactics Instructor Facility, which unlocks in Chapter 6. Fortunately, Balthus and the other Ashen Wolves can be recruited on all routes. Unfortunately, Balthus cannot learn the Despoil Ability from the Assassin Class.

During combat, players may notice the red/brown jars scattered about. Breaking these will give players some money. When viewing the Battle Map, it’s possible to press down on the left stick to zoom in. This way it’ll be easier to see the types of jars in strongholds and on roads. However, it’s better for players to just break any jars they come across instead of hunting them down individually.

The building materials and the licenses needed for these expansions will become available as players complete Main Missions in Fire Emblem Warriors: Three Hopes. If necessary, building materials can be traded for smithing stones at the Supply Depot. However, the Supply Depot will need to be expanded as well if players want to have access to more valuable resources. Thus, players should prioritize the Facilities they want to upgrade and work their way down the list.

RELATED: Best Fire Emblem Games Of All Time (According To Metacritic)

S Ranks, Bullions, and Side Missions

Another way to get more gold is obvious: take part in battles. Each battle in FEW:3H is ranked on performance, and by meeting the S Rank criteria, which are visible at the start of each mission, players will receive more money for getting a higher rank and doing Side Missions. For completing all Side Missions per battle, they’ll receive 20% extra gold, and any Facility effect (such as increasing reward money) will also add a percentage to the total score.

S Ranks can be hard to get depending on the mission, and while Side Missions do give a bonus, not all Side Missions should be completed. The best way to get a guaranteed S rank is to do the following:

Battles have different S Rank criteria depending on their goals, so players should be sure to read these before starting. For example, some missions require Shez and the others to defeat “X amount of enemies before the time limit expires.”

Upon completing a successful battle, players may receive a bullion. There are three types of bullion: Regular, Large, and Extra Large. One block of Extra Large Bullion can sell for up to 6,000 gold at the Item Shopkeeper (or Anna) in the Marketplace. Since these are blocks of gold, it’s impossible to purchase bullion from stores, so the only way to farm bullion is to survey the War Map. Sometimes, an Extra Large Bullion will serve as an S Rank reward.

Another way to get gold is by doing the Side Quests on the War Map. This will open up nearby Surveying Spots, which may sometimes have gold as a reward. Hovering over a Surveying Spot will reveal an icon that points to what type of reward players will receive. Likewise, money rewards are marked by the Gold Icon and bullion by the Bullion Icon. Sometimes, a Survey Spot may be locked behind a Survey Condition, so players should look over any requirements to avoid having to replay battles.