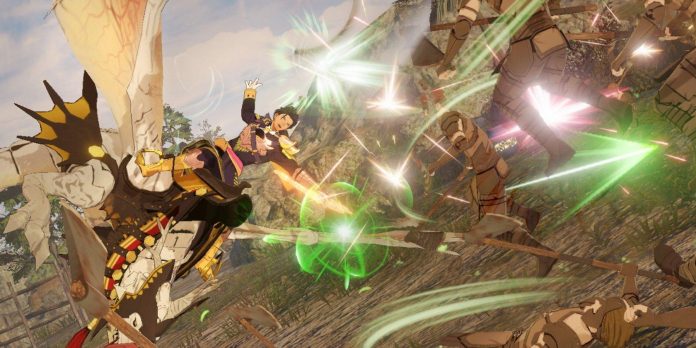 Fire Emblem Warriors: Three Hopes has a strategy system used before and during the main chapter battle to influence the events and outcomes of the mission. This guide explains how to get strategic resources, how to spend them, and how to activate strategies during battle.

Fire Emblem Warriors: Three Hopes is a hack and slash role—playing game developed by Omega Force and published by Nintendo. In the role of a mercenary who was destined to die, but who survived thanks to the intervention of a mysterious ally, players join one of three factions fighting for control of Fodlan.

Players will need to acquire strategic resources to use strategies in battle, and they are acquired by completing side quests and capturing territory. Players who want to make the most of the Strategy system will have to complete as many side quests as possible in each chapter before the main battle begins, as well as capture all possible territory.

Interaction with certain places on the map after capturing territory sometimes also opens up new strategies for the upcoming battle, so it is highly recommended to comb the map in search of every possible reward.

How to Choose Strategies in Fire Emblem Warriors: Three Hopes

Upon entering the main battle of the chapter, the strategy menu immediately opens for players, which lists all available strategies and the cost of strategy resources. Players can choose as many strategies as they can afford to make them available for use in the upcoming battle.

Some notable strategies to look out for are the Recruit X strategies, which are the main method of unlocking new characters to use in gameplay. Many missions also use mission-specific strategies, such as connecting boats together to form a bridge that creates a shortcut to the enemy stronghold.

Again, players should make sure they have as many strategic resources as possible before entering the main chapter battle if they want to use strategies consistently.

While some strategies are passive and will automatically activate from the very beginning of the battle, for example, deploying healers to periodically restore friendly units or archers to protect a key area, many require the player to activate them by holding the right button on the crosspiece when prompted during the battle.

A hint will appear on the left side of the screen as soon as the strategy is available for activation, and is usually accompanied by a dialog from one of the player’s allies offering to use the strategy. Character recruitment strategies must always be activated and must be used before players defeat the character being recruited in battle.

Why do fans think that four graduates can return in the...