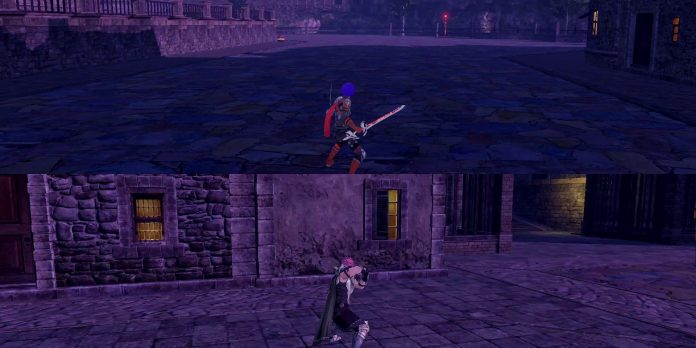 Even the most experienced soldiers can only be in one place at a time. This can be especially problematic in Fire Emblem Warriors: Three Hopes due to how often the game decides to throw secondary targets to players during the main story missions. Although it is possible to use the Shez Shadow Slide ability to instantly teleport to any location in friendly territory or switch between controlled units using the up and down buttons on the D-Pad, there are times when none of the solutions is particularly ideal. The game’s AI can also not be trusted to complete tasks, which can make some game missions incredibly frustrating. Fortunately, there is a solution.

RELATED: The Best Koei Tecmo Games, according to Metacritic

As with most other Warriors series games, Fire Emblem Warriors: Three Hopes features a co-op multiplayer split-screen game. Not only is this a great way to make sure no goal is missed, but it also allows players to share the fun with a friend or loved one. However, at first it may seem that this is not the case, since it is not immediately clear how to play co-op in Fire Emblem Warriors: Three Hopes. This is because players will have to wait until they’ve been through an hour or two in the main story before they can do it.

How to Unlock the two-player mode in Fire Emblem Warriors: Three Hopes

The multiplayer game becomes available only after players have reached Chapter 4. Depending on which house they chose at the beginning of the second chapter of the game, it will be either “To War!” (Azure Gleam and Golden Wildfire) or “Shadows of the Dynasty” (Scarlet Blaze). Not every mission in Fire Emblem Warriors: Three Hopes allows a second player to join, but most of them do. Players will be able to find out when they can play with a friend or family member by simply viewing the message “P2 can join!” in the upper right corner of the battle preparation screen.

To turn on the second controller, the first player will first need to press the minus button on their controller when the above message appears on the screen. If they haven’t already, they will also need to synchronize the second controller. This will change the text to “P2 Joined!”, after which the first player will be able to change the placement of their units on the battle map screen as usual. In fact, it does not matter which unit is assigned to the second player, since, as in single player mode, you can switch between available units by simply pressing up or down on the crosspiece.

How does multiplayer work in Fire Emblem Warriors: Three Hopes?

The split-screen co-op multiplayer game Fire Emblem Warriors: Three Hopes works almost the same as the single-player game mode, although with the obvious difference that only half of the screen is available to each player. Horizontal separation can sometimes complicate camera control, but players should get used to it relatively quickly. The only thing to note is that opening the menu with any controller will completely fill the screen, so players may want to warn the person in advance that they are fighting together before interrupting the fight.

Taylor Swift Gets Guinness Record For Longest Song Ever To Be...

The Sims 4 Gets A Free Update With New Stories