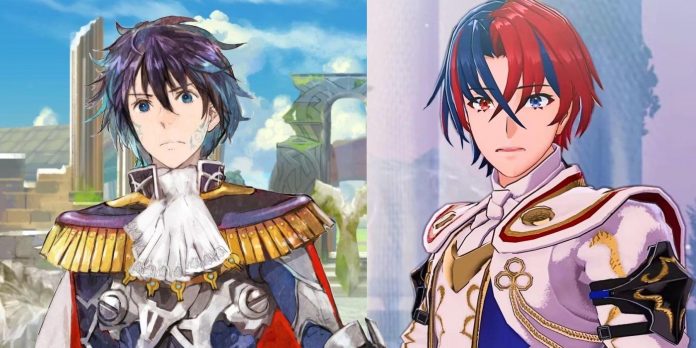 When the Nintendo Direct live broadcast was announced on September 13, 2022, fans were waiting for news about a new game from the Fire Emblem series of tactical role-playing games. Three whole years after Fire Emblem: Three Houses 2019, the new game of the main series seemed a win-win. There was indeed an announcement, but Fire Emblem Engage came as a surprise to fans. Despite the classic tactical gameplay and returning classes and weapons, Fire Emblem Engage seems less like most of the core Fire Emblem games than the spin-off Tokyo Mirage Sessions #FE.

Fire Emblem Engage, the first game announced in Nintendo Direct, which also included the long-awaited title reveal for The Legend of Zelda: Tears of the Kingdom, will follow the standard formula of Fire Emblem: An army of recruited fantasy units. An inspired world is facing the threat of a villainous dragon. However, instead of telling an entirely new story, Fire Emblem Engage will present characters from previous games as “emblems” summoned by the player. Engage is the first game from the main series to include this summoning mechanic, and may have been inspired by the Mirage Tokyo Mirage Sessions #FE title system.

Both include the challenge of classic Fire Emblem characters.

Released in 2015 in Japan and in 2016 worldwide, Tokyo Mirage Sessions #FE was the result of a collaboration between Nintendo and Atlus, the developer of Persona. Often described as a “fusion of Persona and Fire Emblem”, the game centered around a group of teenagers, each of whom could summon a character from the Fire Emblem game as their “Mirage” in battle. The characters themselves did not have strong fighting abilities, and most of the battles were fought by Mirages. Among the Fire Emblem characters appearing in the game as Mirages were Chrome, Tarja and Virion from Fire Emblem Awakening, as well as Kaeda, Cain, Draug and Navarre from Fire Emblem: Shadow Dragon and the Blade of Light.

Unlike the fantasy Fire Emblem, Tokyo Mirage Sessions #FE takes place in modern Tokyo. All game characters are associated with the entertainment industry and include idol singers, actors and hosts of a microwave-themed cooking show. Due to the focus on music and performance, both human characters and their Mirages wear bright colorful costumes. Most of the game characters have several outfits that can be unlocked and worn both in battle and during dungeon exploration. In addition, the Fire Emblem mirages have been redesigned, turning them from relatively normal-looking people into complex figures resembling Persons.

Although the emblems in Fire Emblem Engage seem to have retained their standard look, fans noted that the game has become brighter and more colorful compared to previous Fire Emblem games. The main character Alear, a Divine Dragon, has red-blue hair, divided in the middle, and heterochromatic eyes. In addition, Alear and other characters can take on a new, more complex appearance when they borrow power from the heroes they have summoned. This aesthetic, reminiscent of Mirage Sessions, is courtesy of illustrator Mika Picazo, who has previously created avatars for several famous VTubers.

The heroes of Tokyo Mirage Sessions have teamed up with their mirages to fight a series of antagonists related to their past. Eventually, they discovered an impending all-encompassing threat that posed a danger to the whole of Tokyo. These antagonists mainly consisted of human characters combined with antagonistic Mirages — villainous characters from Fire Emblem: Awakening and Fire Emblem: Shadow Dragon and the Blade of Light. These included the evil king Gangrel, the dark priest Garnef, and finally Medeus, the Dark Dragon whom the hero king Mart defeated at the end of the very first Fire Emblem title.

Although it has not yet been confirmed whether the antagonists from previous Fire Emblem games will return to Fire Emblem Engage, it definitely seems likely.