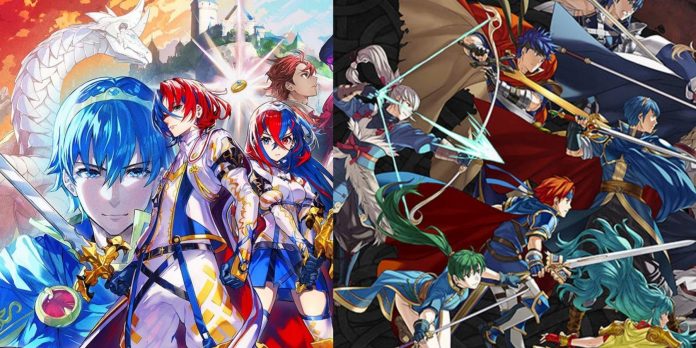 The recently announced Fire Emblem Engage game seems to bring back a number of classic elements of the Fire Emblem tactical strategy series. The battle will be based on a grid, players will have a large list of units to choose from, and at least one game character will be able to turn into a dragon in battle. However, Fire Emblem Engage will also try something completely new for the games of the main Fire Emblem series: the ability to summon characters from past Fire Emblem games in battles. Fans were quick to make a comparison with the mobile game Fire Emblem Heroes, which has a similar plot and a combat system based on appeals.

Fire Emblem Engage will introduce a new world, Elians, and a new list of characters to hire. However, these characters will be able to team up with past Fire Emblem heroes by calling them through the Engage system. The heroes are also centered around a summoner who, when the land they are fighting for is in danger, collaborates with characters from past Fire Emblem games. Fans are wondering if the similarities between the two games are coincidental or if Engage can borrow significantly from Heroes, since the two games have a much deeper connection.

Heroes are also focused on summoning

In Fire Emblem Heroes, the player character plays the role of a “Summoner” who travels from the modern world to the kingdom of Askr. The Summoner uses the mysterious Breidablik pistol to summon Heroes from the Fire Emblem worlds. These Heroes join the army of Askra and fight against the kingdom of Embla, another country with a conscription system that wants to conquer Askra. Over the six years of the game’s existence, characters from all the main games of the Fire Emblem series and several by-products have become available for summoning. In addition, several original characters have been created for Fire Emblem Heroes, many of which are inspired by Scandinavian mythology.

Engage should prioritize interaction with characters, not heroes

Engage should not make the gameplay only a hero’s call, and should also include social elements that allow Engage characters to interact with the Emblems they have called upon, and the called characters to interact with each other. Support, a mechanic that has appeared in a number of Fire Emblem games, may include conversations between summoned characters from different games if they return to Fire Emblem Engage. Alternatively, a central location similar to the Garreg Mach Monastery from Fire Emblem: Three Houses can serve as a place where characters can meet and talk.

Heroes are not the only game that evokes comparisons

The depth of similarity between Fire Emblem Engage and Fire Emblem Heroes will most likely not be revealed until the release of the previous game in early 2023. the connection between the two games.