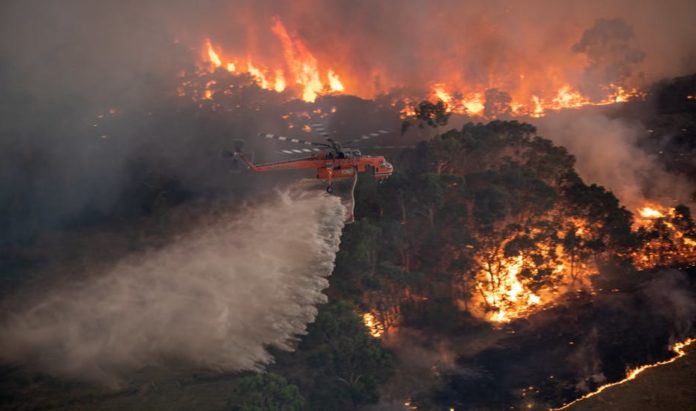 In Australia, a huge fire that has sustained many lives and property losses for a long time has begun to affect the neighboring country. The sky of Auckland, New Zealand, turned orange.

The fire in Australia, which is frequently shared on various social media platforms, has caused and continues to cause many casualties. The fire that started in forests and shrubs in September 2019 has killed 24 people so far.

The massive fire that has turned more than 5.25 million hectares of ash into the country has made more than 1,500 homes unusable, as well as thousands of animals perished. The effects of this catastrophe surrounding the whole country began to be seen in neighboring countries.

The sky changes color in New Zealand
Smoke rising in Australia due to a forest fire that burns an entire area to ashes has begun to affect Australia’s neighbor, New Zealand. In Auckland, north of New Zealand, the sky turned orange.

The city of Auckland, 2,000 km from the south of Australia, police, urged citizens to call the hotline, not even busy. Dum We are far away, so this is a shocking stop for us. The smoke is very intense ”.

More than 100,000 people have been asked to leave their homes in three states due to fires in southeastern Australia. In addition, the fire began to pose a threat to large settlements were announced.