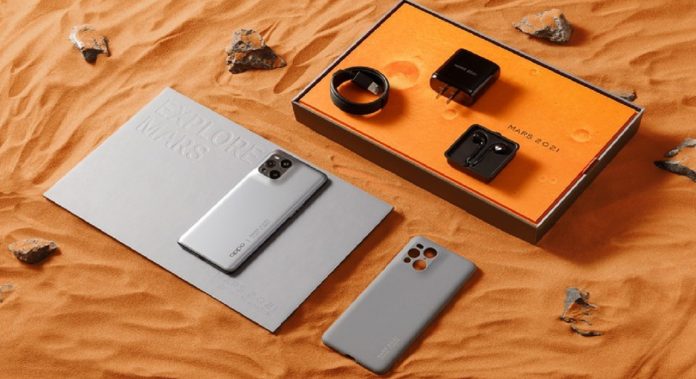 Find X3 series has been introduced in recent months. As of today, a new special version is added to the Find X3 series, which has managed to receive positive feedback from users with its features.

This special edition is being launched in honor of the Chinese rover’s landing on the red planet Mars. With the Tianwen-1 spacecraft that landed on the red planet at night, China became the second country after the USA to land vehicles on the surface of Mars.

Oppo officially announced the special version of the Find X3 Pro Mars Exploration after the spacecraft landed on Mars. The smartphone, which has serious differences compared to the normal model, has some innovations that will attract the attention of space enthusiasts.

The first thing that catches your eye on the smartphone is its design. The device comes in a gray design that is not currently included in the color options. Oppo announced that they were inspired by space in the gray color design used on the device. Apart from that, he says that the back panel of the smartphone is made of high fog AG Glass with a metallic luster to represent the texture of materials from space.

In the lower right corner of the back cover of the Find X3 Pro Exploration Edition, there are the writings of Mars 2021 and Utopia Planitia. The first of the scripts represents the space mission, while the second represents the area where the Tianwen-1 spacecraft landed on the Red Planet.

With its new version, the smartphone will also receive the title of the most powerful Find X3 Pro model. The smartphone will have a memory of 16 GB, unlike the 12 GB RAM used in the normal model. Another difference will be on the side of the camera. The device comes with 3 different Mars color filters that allow photos taken on Earth to have a Mars-like appearance.

What’s more, Find X3 Pro Exploration Edition comes with a special Mars theme on the smartphone. This theme, with its dynamic wallpapers, shows users the light and shadow changes on the Red Planet in four different time zones: morning, noon, evening and night. Apart from that, you also have the opportunity to see the sunrise and sunset on Mars.

That’s all the differences explained about the special version. The device, which is especially ideal for space enthusiasts, will first be available in China from May 16th. The pre-orders of the smartphone, which will go on sale with a price tag of $ 1,090, have already been filled.

The information of Facebook users was stolen: 1.5 billion accounts!