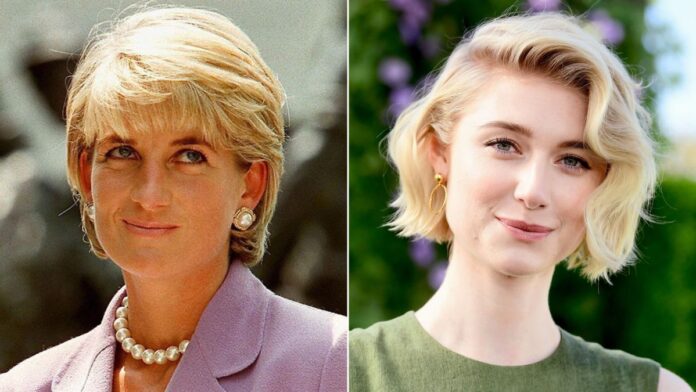 The latest series of The Crown has caused a lot of controversy as it entered the 1980s, highlighting the marital problems between Prince Charles (Josh O’Connor) and Princess Diana (Emma Corrin).

While actress Emma Corrin has only been on one season of The Crown compared to the rest of the cast who also starred in season three, she will be replaced when the drama returns.

As fans now know, every other season, the cast of The Crown changes to show the evolution of the monarchy and how they have all aged over time.

The Queen, for example, was played by Claire Foy in the first two seasons, then Olivia Colman in seasons three and four and Imelda Staunton will take the reins of seasons five and six.

In turn, the fifth season will see the role of Princess Diana played by Australian actress Elizabeth DeBicki, 30, born in France. DeBicki’s first film role was in the 2011 comedy A Few Best Men, in which he starred alongside Kris Marshall and Rebel Wilson.

A couple of years later, he played Jordan Baker alongside Leonardo Dicaprio in the remake of The Great Gatsby, while DeBicki has also been in The Man from UNCLE, Everest, The Kettering Incident, The Cloverfield Paradox, Vita & Virginia. and The Night Manager. On the other hand, speaking of Princess Diana, DeBicki confessed:

“I am coming to understand more intimately how it existed and still exists very deeply in the collective consciousness.

“I think it’s amazing that from the age of seven I remembered someone who had no real impact on my life as a child in Australia and yet was very aware of their presence in the world.”

Unfortunately, it could be quite a while until the fifth season of The Crown hits Netflix. Let’s not forget that season four came out in November 2020 and season five will launch in 2022, according to a recent report.

Filming on the latest series is not expected to begin until June 2021. This means that production on the sixth and final season of The Crown should begin sometime in 2022, following the launch of the fifth season.

Jisoo and Lisa reveal setlist for BLACKPINK’s the show concert

Cardi B: Her darling Offset has been arrested in Los Angeles!