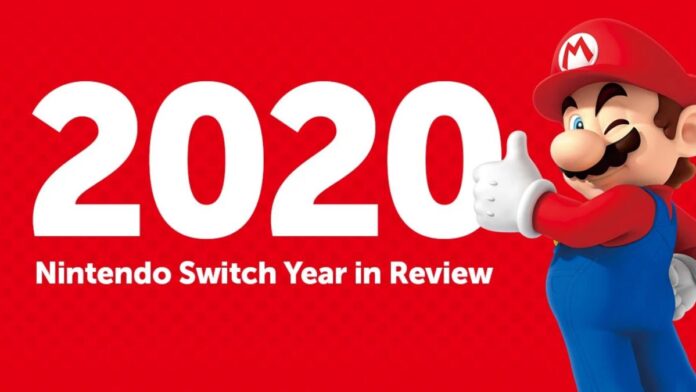 Nintendo has begun to send summaries of the year to users of the console with a review of the number of games they have played, their favorites … etc.

Do you want to know how many hours you have played Nintendo Switch in 2020? What games have you spent the most time on? Well, check your email! This week Nintendo itself has started sending personalized summaries of the year by email to all those who have created an account on the console. (Check your spam folder, just in case you have Mario where you shouldn’t). The analysis includes our total hours per year, the four titles we have used the most and a lot of extra data, such as the number of days of activity, our favorite genres or the date in which we spend the most hours with the Joy-Con. The summary also comes with a preview of what we can expect from the next course, in which there will be releases such as Bravely Default II, Super Mario 3D World or Monster Hunter Rise. In the United States, this yearbook also has its own website, Year in Review, where we can even compare the results of this year with those of 2019. Let’s see if with a bit of luck we will soon have the same option in Spain.

As far as current affairs are concerned, the console said goodbye a few days ago to 2020 with another Nintendo Indie World Showcase, where it announced a good number of news. Among them were the arrival on Nintendo Switch of Among Us (one of the biggest multiplayer boom of the year), of the two Spelunky in 2021 (the most hardcore games of the decade) and of Super Meat Boy Forever (sequel to the legendary arcade platform that many have started and very few finished). You can check here everything he gave of himself. But the real icing on the cake has been the arrival of Sephiroth to Super Smash Bros. Ultimate, which is now available for download. For our part, we are saying goodbye to the Nintendo hybrid with a list of the best offers from the eShop, to see if it falls into the hands of Santa Claus and is encouraged to give us something.

Samsung is preparing to make the front and back of the...