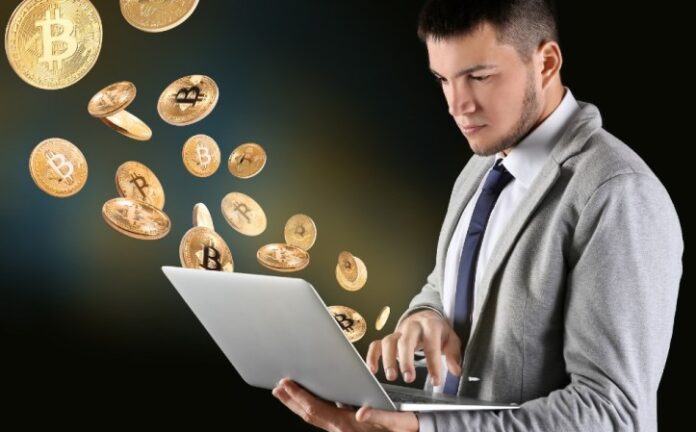 A Reddit user tells us how he found the laptop where he left 533 Bitcoin ten years ago … but without the hard drive where they were stored.

During these years we have become used to hearing about crypto millionaires. That group of people who bought their Bitcoins when they cost only a few dollars. And that after the big bullish rally of 2017, billionaires became overnight. But there is also a group that although it bought Bitcoin the first days, ended up losing them. That is the case of the Reddit user who found the laptop where he left 533 Bitcoin ten years ago.

The danger of losing Bitcoin

One of the main characteristics of Bitcoin, and that makes it the preferred currency of many people, is that if you keep your money in a wallet with adequate security, there will be no person in this world who can enter it and threaten your wealth. .

The problem is that sometimes this same feature can play against the owner of the money. Well, if he loses for some reason the access keys to his digital wallet, there will be no person who can enter his wallet to recover the money. This has already led, in the case of deceased or forgetful users, to the loss of millions of dollars in Bitcoin.

These stories are even more dramatic for those who first adopted the cryptocurrency. Well, on many occasions, these pioneers acquired their first Bitcoin for a few dollars, and left them in a wallet or laptop forgetting about them for a long time.

Which led to more than one getting their hands on their heads when the price of BTC soared to almost $ 20,000 in 2017. Well, many of them were never able to get their Bitcoins back.

Thus, it is not surprising that large institutional investment firms did not want to approach the crypto market. Until a company like Grayscale offered to manage their cryptocurrencies for them, for a small commission. Well, at the end of the day, managing crypto assets can have very negative consequences if it is not done properly.

This is basically the story of the Reddit user known as Shotukan. Who posted a day ago on Reddit how he managed to retrieve the laptop where he deposited 533 Bitcoin purchased in 2010, when the price of BTC was practically zero. Which were on the hard drive of the computer lost years ago. 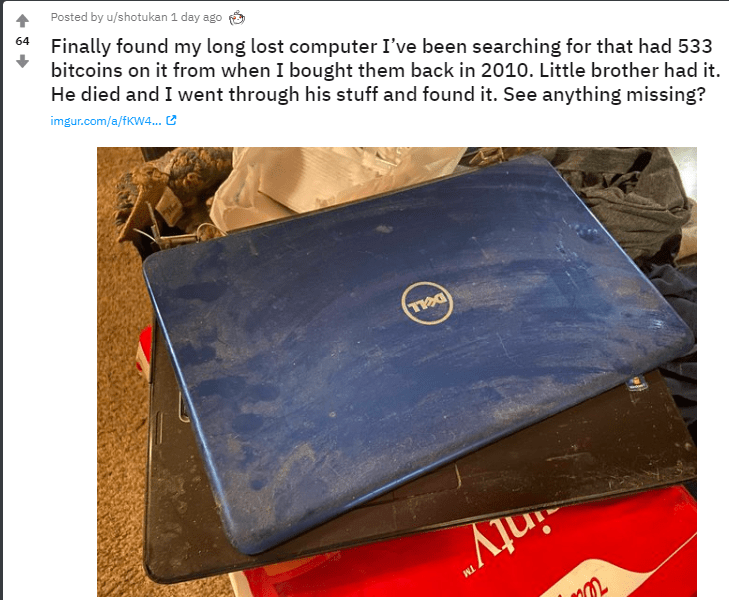 However, the story would not have a happy ending for Shotukan, as shown by the photo he attached to his story on Reddit. Although he managed to find part of the laptop, it did not have the hard drive. Place where your Bitcoins would be stored. Therefore, you still would not have recovered your money.

This story becomes even worse when you think about the current price of Bitcoin. Well, at the time of writing this article, BTC is listed in the order of $ 9,906. Which means Shotukan’s lost fortune amounts to $ 5,279,898. This is by no means a negligible figure, and one that could increase further if a new post-Halving bullish rally occurs.

For their part, Reddit users would already be advising Shotukan to check among his brother’s things, to confirm that he had not turned the laptop’s hard drive into a storage unit. While a group remains skeptical about the story, questioning whether 533 Bitcoin actually exists. To which Shotukan has responded:

The laptop was rubbish because the screen was smashed. But as I said, I understand your skepticism, so there is no hard feelings if you think this is a lie.

I had bought another computer and he lived in another state and one day he came to visit me and now I remember that he had asked me if I could take him. I had forgotten about that. I thought about it later, for something that has nothing to do with Bitcoin .

For now, the outcome of Shotukan’s story remains a mystery. Having to wait for future updates on their Reddit thread, which definitely confirm the veracity of their story. As well as the fate of the 533 Bitcoin left ten years ago on the lost laptop’s hard drive.