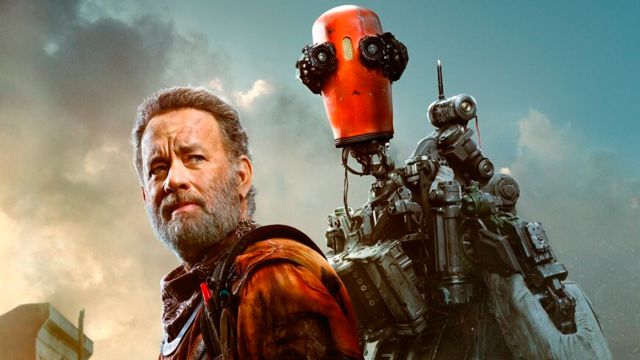 Finch: The Apple TV + platform presents its new science fiction blockbuster in which the Earth has been devastated by a solar cataclysm; release date. Finch, the new post-apocalyptic film exclusive to Apple TV + and starring well-known actor Tom Hanks, presents its first trailer less than two months after its official premiere. It is a new science fiction feature film in which the Earth has been completely devastated by a solar cataclysm, eliminating almost the entire population. The engineer Finch (Tom Hanks), is one of the few survivors along with his dog and a robot that he has manufactured. This new blockbuster starring the Oscar-winning actor is scheduled to premiere on the Apple platform on November 5, 2021; and we already have both its trailer that heads this news as its synopsis and its official poster.

Directed by Miguel Sapochnik (Repo Men), author of some of the most celebrated episodes of the Game of Thrones series and showrunner of the next series in the same universe The House of the Dragon for HBO, and Scythian by Ivor Powell and Craig Luck, Finch us It will narrate the journey of a survivor through what little remains of a practically extinct civilization.

“A human, a robot and a dog form an unlikely family, on an energetic and exciting adventure on one man’s mission to ensure that his beloved canine companion has someone to care for him when he is gone. Hanks plays Finch, a robotics engineer and one of the few survivors of a solar cataclysm that has devastated the planet. But Finch, who has been living in an underground bunker for a decade, has built a world of his own that he shares with his dog, Goodyear. ”

“He creates a robot to take over Goodyear when he no longer can. As the trio embark on a perilous journey through a desolate American West, Finch struggles to teach his creation, who names himself Jeff, the joy and wonder of being alive. This road trip will be full of challenges and humor, as it is difficult for Finch to convince Jeff and Goodyear to get along as they face the dangers of this new world, ”reads his official synopsis.