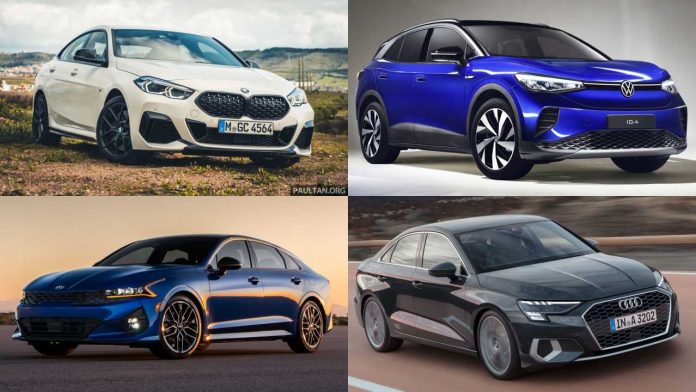 The finalists of the World Car of the Year contest, marked by German manufacturers, have been announced. When we look at the overall competition, it is possible to say that German, Japanese and South Korean models stand out, while European models are behind.

The finalists of the 2021 World Car of the Year (WCOTY) competition have been announced. In the competition marked by German automotive giants, two models of BMW and Kia have managed to make it to the finals. While 5 of the 10 finalists announced belonged to German manufacturers; 3 belong to Japanese and 2 to South Korean producers.

German cars that were among the finalists of the competition were Audi A3, BMW 2 Series Gran Coupe, BMW 4 Series, Mercedes-Benz GLA and Volkswagen ID.4; Honda e, Mazda MX-30 and Toyota Yaris were Japanese finalists, while Kia’s K5 / Optima and Sorento models were South Korean finalists.

German, Japanese and South Korean cars made their mark in Cars of the Year

While the Honda Jazz / Fit, Honda e, Toyota Yaris, Hyundai i10 and Hyundai i20 models competed in the City Car of the Year category, it was noteworthy that all of the finalists were Japanese and South Korean cars.

Aston Martin DBX and Land Rover Defender were the British nominees in the Luxury Car of the Year category in the world; BMW X6 from Germany, Mercedes-Benz S-Class and Polestar 2 from Sweden were featured.

When we look at the Performance Vehicle of the Year category in the world, we see that the Toyota GR Yaris is the only Asian model to rival German models. Other candidates in this category are the Audi RS Q8, BMW M2 CS, BMW X5 M / X6 M and Porsche 911 Turbo.