Home Tech Final version of a private shelter prepared by a YouTuber 5 years... 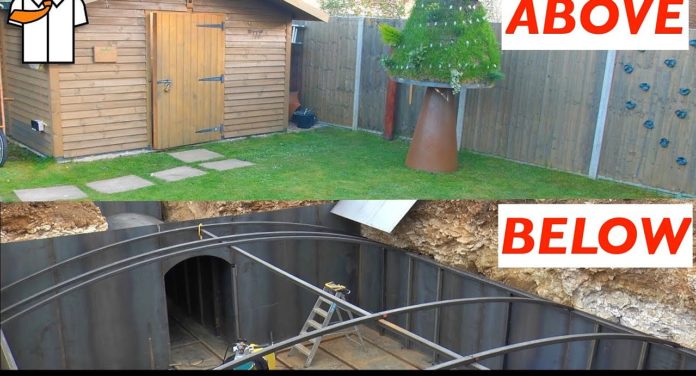 The popular YouTuber Colin Furze shared the underground bunker he made exclusively for him with his followers. The shelter, made entirely of metal material, is soundproof and unaffected by climatic conditions. Furze has created a living space for itself with this project.

Colin Furze is a name that has been on YouTube for years. Furze, which has been more prominent with its creative inventions, has managed to become one of the viral names of the internet many times during your YouTuber life.

Now, YouTuber, again sharing an impressive project with its followers, has succeeded in becoming viral again on the internet, and on the other hand it has displayed a work that is critical for its own life.

Furze, in his statements regarding the subject, states that he could enter this underground shelter in his back garden through a secret door. Expressing that the shelter is made of all metal material, YouTuber adds that he uses a sufficient amount of lighting system, the shelter is not soundproof and is not affected by climatic conditions.

YouTuber has created a complete living space for himself in the underground bunker. YouTuber, who can do everything he wants in this shelter, can even realize his own projects in this shelter. Furze states that his shelter is not affected by temperature because it is metal, and that even flaming projects can be done and tested even in this shelter.

Underground bunker created by a YouTuber