Home Tech Final version of 1983 Volkswagen, which has been charged 140 thousand dollars... 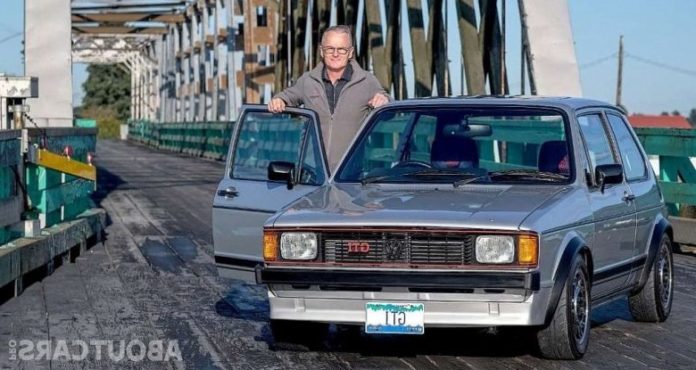 The 1983 Volkswagen Rabbit (Golf) was recreated years later. The project, which was implemented by a person named Derek Spratt living in Canada, lasted nearly 2 years and cost more than $ 140,000.

Now we will tell you about the story of a 1983 Golf. Golf was called “Rabbit” in the USA in the early days of its launch. Derek Spratt, the owner of the vehicle, bought his vehicle as Rabbit at that time. After completing his student life with Rabbit, Spratt then sold his vehicle.

Spratt bought a Rabbit again years later and decided to recreate his vehicle. This decision would explode him to a huge amount, both in terms of time and money, but Spratt was willing to do all that. Spratt spent more than 12 thousand hours to recreate his vehicle, spent more than $ 140,000 for Rabbit’s transformation. This special Rabbit stands for now as the only one of its kind.

Derek Spratt turned his dream of recreating his vehicle into a project and wanted to share this project with everyone. Opening accounts on different social media platforms, Spratt created more than 180 videos and shared all the changes he made to the 1983 Volkswagen Rabbit in fine detail.

Spratt recreated every aspect of the 1983 model Rabbit. Of course, the engine was included in the changes. Spratt, who came together with an engine manufacturer to replace the vehicle’s engine, produced a special engine that adhered to the original, but could produce 220 horsepower. The vehicle, which will also take place in the 2020 Geneva Motor Show, will show its engine to all car lovers.

Spratt also changed the transmission system of his vehicle. In this context, the owner of the vehicle, which uses a custom-made system, now has a standard transmission with 5 forward gears. Spratt, which also changed the original exhaust structure of its vehicle, uses the exhaust of a Golf this time. The exhaust system in the vehicle provides better cooling than the original.

Changes to the 1983 Model Rabbit are not limited to the power division. Spratt has changed the bumpers, windows, fenders, carbon fiber parts of the vehicle it has, in short, all that you can think of. Spratt, which also made significant changes in the interior design, brought a custom-made digital display to its vehicle.

Spratt speaks of his vehicle, saying that this unique Rabbit is only 816 kilograms and offers better performance than the Porsche 718 Cayman S model when it lands on the track. However, Spratt is not the owner of this vehicle at the moment. Explaining that he sold his vehicle last month, Spratt did not say the sale price, but stated that he covered some of the money he spent. Spratt now says he wants to recreate the 1961 Volkswagen Beetle.

Google, Adidas and EA Sports Partnered for a New Product