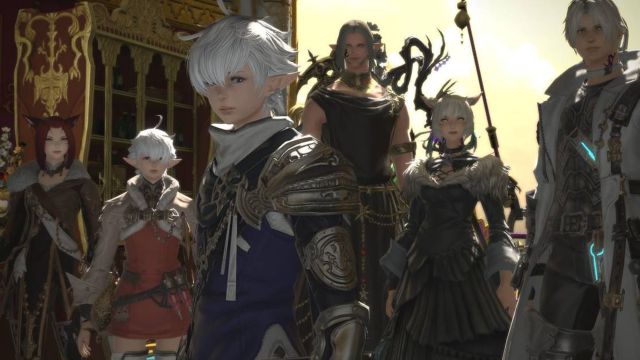 Square Enix’s online title will debut on Sony’s next-gen machine with an open beta in April.

Final Fantasy XIV still has a lot of life. The Square Enix online title, which originally came out for the PlayStation 3 generation, has not only passed through PC and PS4, but will also have an optimized version on PS5, as previously announced. Naoki Yoshida, director of this installment, has been in charge of showing the improvements in a streaming that you can see below these lines. Of course, if you want to see directly how the video game looks, you have to advance the video from the hour and 19 minutes.

As you can see, loading times have been drastically reduced. Of course, it will not be the only improvement that it incorporates. The frame rate will be “greatly increased” and the resolution will be 4K. Square Enix has also wanted to take advantage of some special features of the console, so that the game will make use of 3D sound and the haptic functions of the DualSense controller.

All interested players will have the opportunity to sign up for the Final Fantasy XIV Open Beta. Just go to the game page on the PS5 PS Store and press the button with the three ellipsis. There you will find the PS5 Upgrade Edition (Beta Version), which can be downloaded to enjoy the improvements. Now, those who are already playing the title in its previous generation version on the new console will not have to visit the PS Store, but select the beta in the title information section. It will be from next April 13 when players can test these improvements on PS4 and PC.

Final Fantasy XIV starred in a complicated launch that caused profound changes in the team. The direction passed to Naoki Yoshida, who in just one year managed to redesign the video game. In fact, it has become one of the most successful titles in the series.

2 Goals in 16 Minutes When Liverpool Won Back a Valuable...

About Hawk and the Winter Soldier: Marvel premiere