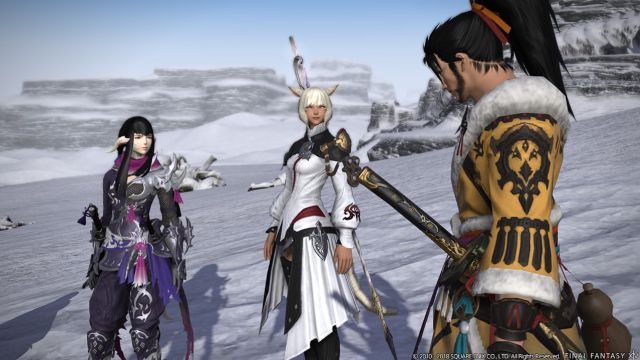 Final Fantasy XIV: Naoki Yoshida acknowledges the difficulties players have when accessing servers from Europe and the United States.The success of Final Fantasy XIV has taken its toll on Square Enix’s online title servers. After achieving the highest peaks in concurrent users, some users have experienced difficulties accessing their games, especially from Europe and the United States. Naoki Yoshida, producer and director of the video game, has shared a new informative update, in which he has acknowledged the problems and apologized to the players.

“All the worlds in the Aether Data Center have been rated congested. Despite having expanded capacity as much as we could and having closely monitored the situation, the number of logins in each world has remained at its maximum capacity, which has forced us to take action ”. This means, Yoshida says, that users will not be able to create new characters on any of these worlds until the situation improves. “We sincerely apologize for the inconvenience this may cause to those who are looking forward to embarking on adventures with their friends.”

While this situation lasts, the queues to enter can last several hours, which is why they have made these series of decisions. “In the meantime, we kindly ask that you consider creating characters within the world of Primal or Crystal Data Centers, although we are aware that they are also quite full right now.”

Regarding the next steps, the director says that his development and infrastructure team is working on a large-scale plan that will allow them to expand their data centers or add new worlds. Unfortunately, the semiconductor shortage is also hitting hard: “We are having a hard time getting the required equipment.” He also recalls that the coronavirus infections in Japan have raised concerns regarding traveling to other countries to carry out maintenance activities in each of the territories.

“Considering the current situation, we will probably have to ask for more time to implement the solutions on a large scale,” although he promises they will continue to persist.

Ni No Kuni 2: Revenant Kingdom is Registered for Nintendo Switch