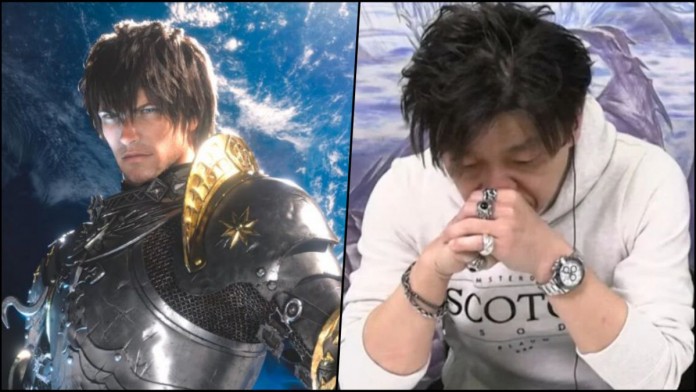 Final Fantasy XIV Endwalker: On the verge of tears, excited, the director and producer of the long-awaited expansion regrets the change of date until next December. Naoki Yoshida, director and producer of Final Fantasy XIV, has personally regretted the delay of Final Fantasy XIV: Endwalker until next December 7. Originally planned for this November 23rd, the episode that will mark the end of the era that began with A Realm Reborn will be made to beg for a few weeks longer than expected; a situation that does not please the one commonly known as Yoshi-P at all.

“This is something that we have finalized and decided last Friday, so it is very sudden,” he begins by saying in a live broadcast on the official YouTube channel of the video game. “It is the first time, not only with XIV, but in my entire career, that we announced a release date and we have to delay it, so, again, I feel very bad about it,” he admits on the verge of tears.

“I understand that some of you have taken days off for this and I know that people have been preparing … we tried to think if there was any way we could,” he adds, referring to the possibility of reaching the premiere on the 23rd. November, as it was contemplated. Yoshida regrets this change of plans, which does not affect only Square Enix, but those users who were going to spend several days almost uninterruptedly enjoying Endwalker in depth.

They came to think of dividing those portions that still need a little more work in different patches, even trimming elements, but “unfortunately, this is not how our content is made, so this time we wanted to give priority to being able to offer you the best quality . So again, I’m very sorry to have come to this, ”says Yoshida.

Final Fantasy XIV: Endwalker will be the title’s largest expansion to date, which is at its best ever in player numbers, expectation, and sales. “I didn’t even realize that I had put so much of myself there and my emotions have become attached to this expansion,” he says, thus justifying his mood during the appearance on the streaming.

On the official Square Enix blog, Yoshida adds that the main factor behind this delay in Endwalker is due to “my own selfishness” as the game’s director. They look for the best, a round conclusion that concludes the story while maintaining and exceeding the quality standards seen so far.

Final Fantasy XIV: Endwalker will be available for PS4, PS5, and PC on December 7.