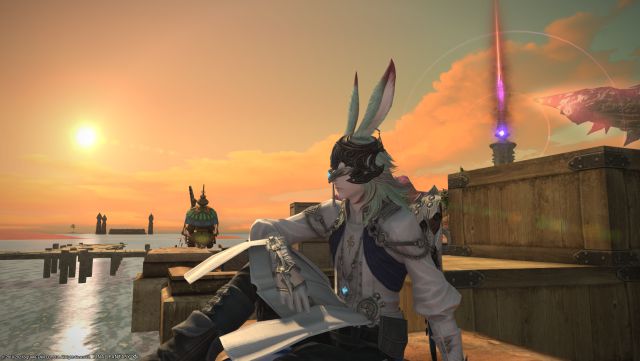 Final Fantasy XIV Endwalker: The new expansion of Final Fantasy XIV, Endwalker, promises to be the climax of an mmorpg that has been on everyone’s lips in recent months. A few weeks ago we had the opportunity to test Final Fantasy XIV: Endwalker, the latest expansion of the successful Square Enix mmorpg, which looks to be called one of the most interesting content in the video game since it was reinvented thanks to A Realm Reborn in 2013. The Subscription title is reaping unprecedented success in recent months, forcing even developers to apologize to their players for the possible waiting times they may experience when entering the game today.

With Endwalker the Square Enix Creative Business Unit III team intends to close the story that began with A Realm Reborn and the story of Hydaelyn and Zodiark. And as Naoki Yoshida, its director and producer, told us at the Media Tour presentation and later in an exclusive interview, it will mark the beginning of a new and interesting plot.

Heading to the Moon, and beyond …

Final Fantasy XIV was to date a video game that accumulated players at a slow but growing pace. In Heavensward, its first expansion, the title had more than four million players, surpassed by fifteen in its second content expansion; Stormblood. With Shadowbringers, a content praised by millions of people and specialized media, and with World of Warcraft in the doldrums, the sum of players has risen to more than 24 million, and as its director commented, the number continues to increase every week.

To the joy of the players, some of them suspicious of the success of this mmorpg, Yoshi-P assured that there was a roadmap for Final Fantasy XIV that covered the next ten years, at the same time that he remembered that the video game turned eleven autumns on last September 30 since the release of version 1.0, and nine since ARR.

But a beginning has an end and nine years of debating on the same or other related issues can be a problem. For this reason, Endwalker will mean the end of a saga, that of Hydaelyn and Zodiark, which has had us in suspense since the relaunch of the video game. This time it will be a bit different from how it has been planned until now and players will be able to tie all the dots and enjoy the end of the story in the same patch 6.0.

Xbox Games With Gold For July Has Planet Alpha, Conker and...