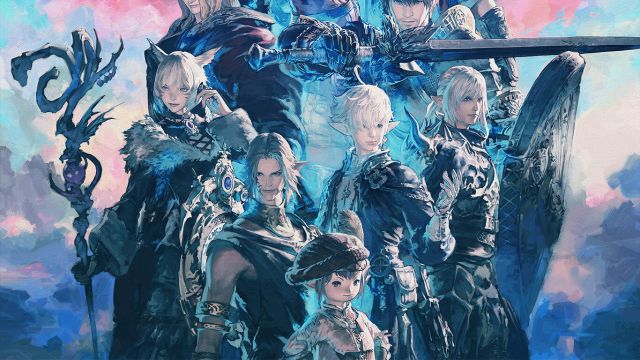 Final Fantasy XIV: Endwalker: The Square Enix title expansion will arrive this November for PlayStation and PC consoles. A 19 minute video with all the professions. Square Enix has detailed in a new video the changes made in many trades of Final Fantasy XIV: Endwalker, the new expansion of the successful MMORPG title that is scheduled to premiere this November on PlayStation and PC consoles. 19 minutes total with an extensive breakdown of actions for the Dragoon, Warrior, Red Mage, Scholar, Dark Knight, Dancer, Machinist, Bard, Astrologian, White Mage, Black Mage, Sage, Monk, Summoner, and Reaper classes.

Similarly, Square Enix recalls that there will be a collaboration event with Final Fantasy XV on October 18, marked by the return of Noctis Lucis Caelum to the world of Hydaelyn. For its part, from November 19 to 11, the Final Fantasy XIV collaboration event with Dragon Quest X will take place. Days before the expansion’s premiere, on November 5, Naoki Yoshida will perform a live show to detail the first updates and content. Endwalker PvP. It can be followed from the Twitch channel dedicated to the title.

You can check here the game’s roadmap with all its patches and events until the launch of Endwalker in November.

Final Fantasy XIV grows in subscribers; the game is at its best

Last August we learned that Square Enix had improved its economic results during the last quarter and during the last year. The pandemic and home confinements resulted in a multitude of people connected, with Final Fantasy XIV as one of the main affected, constantly growing until reaching peaks of between 50,000 and 60,000 daily players in the middle of summer.

Final Fantasy XIV Endwalker will be released this November 23 on PlayStation 4, PlayStation 5 and PC (Windows and Max) consoles. Those who pre-order the game will have early access to the title from November 19.

Star Trek: The Story of the Enterprise’s Iconic Design