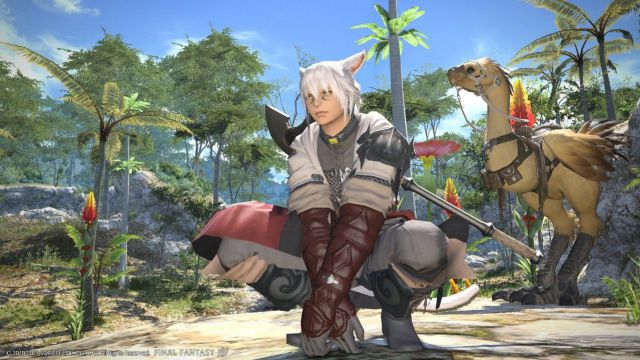 Final Fantasy XIV: On the verge of the launch of Endwalker, its next expansion, the Square Enix title continues to prove its validity.When Final Fantasy XIV came out in 2010, more than a decade ago, it was all heralding disaster. However, the studio was able to recover from that failed version 1.0. In just over a year, the MMORPG rose from its ashes and became one of the most prominent video games of the genre. Its popularity has not diminished for all these years, but has reached its highest peak of concurrent users on Steam to date.

The information comes from Steam DB, an automated website that records some data about the games hosted on Valve’s platform. According to this information, Square Enix’s play managed to gather 47,542 players at the same time. The previous mark was 41,200 concurrent users and is dated June 2020.

Despite the veteran Final Fantasy XIV, this online installment still has a lot of life left. The team led by Naoki Yoshida prepares their next great content. After the release of the enhanced version for PS5, Sony’s next-generation machine, it is Endwalker’s turn. This new expansion will be released on November 23 on all platforms on which the game is available, that is, PS4, PS5. PC and Mac.

The Hydaelyn and Zodiark story arc will come to an end, while users will be able to enjoy new features: the number of jobs will be expanded, the maximum level will be higher, and additional adjustments will be made to the systems and balance. Square Enix promises that it will be 30% larger than Shadowbringers, its previous expansion.

In addition to Final Fantasy XIV, the Japanese company is working on Final Fantasy VII Remake Part 2, not to mention Final Fantasy XVI. On the other hand, the company will launch in July the 2D remastering of the first six main video games of the saga, which will reach both Steam and iOS and Android mobile devices.