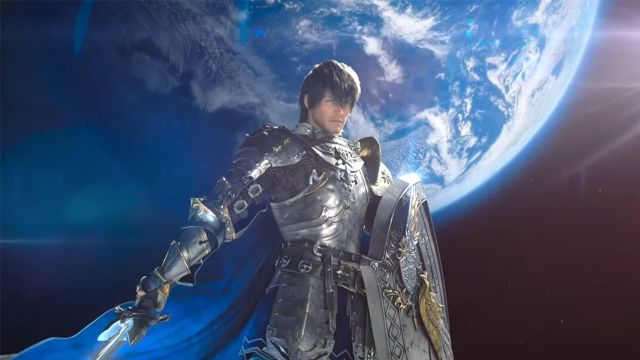 Final Fantasy XIV: In addition, the studio has worked on an optimized version for Sony’s console, which will incorporate performance and visual improvements.Square Enix has announced that from today April 13 it is possible to enjoy the open beta of Final Fantasy XIV Online on PS5. This version continues its testing just as Patch 5.5 is released, which not only sets the stage for the next big expansion, Endwalker, but also offers new features and improvements. Death Unto Dawn adds a story that connects directly with the aforementioned expansion, not to mention the arrival of the third chapter of YoRHa: Dark Apocalypse, a raid based on NieR that has had the participation of Yosuke Saito and Toko Taro.

The PS5 version offers much shorter loading times, as well as a greatly increased frame rate and a resolution that reaches 4K. Regarding the control, it has not been necessary to adapt the gameplay to the controls, since this production already came out on the PS3 and PS4 consoles. However, it does benefit from the haptic functions of the DualSense. As if that weren’t enough, take advantage of the 3D sound of the console.

New Main Story Quests: Expectations for peace could quickly turn astray as Fandaniel and the Telophoroi plan to re-create Final Days, and towers have arisen on the edge of the kingdom that do not bode well. With the lackeys of chaos congregating at every turn, can the Scions foil their plans before it’s too late?

New Alliance Raid: The Tower at Paradigm’s Breach: What the white-clad 2P has uncovered was only the beginning of a series of conflicts that have gone from bad to worse since the arrival of the black-clad 2B, and their complexity is not stop increasing. The big reveal could be just around the corner, but will it be hopeful or just the opposite?

End of the ‘Sorrow of Werlyt’ questline: With diamond armor and a latent blood-red core, Diamond Weapon is the culmination of countless sacrifices and unimaginable suffering. When the greatest triumph of the monstrous Weapon project of the VIIth Legion looms over Werlyt, who will be saved and who will perish?

New Trial: The Cloud Deck: The arrival of the empire’s ultimate and deadliest weapon will force Gaius and the Warriors of Light to take to the skies aboard Cid’s latest creation. Challenge yourself and face Diamond Weapon in this Trial that is available in Normal and Extreme difficulties.

New Dungeon: Paglth’an – Enter this new, storied dungeon in the company of other adventurers or with a group of non-player characters using the Trust system.

“Save the Queen” Mission Plot Update: This latest update includes, among other things, a new zone called Zadnor, an expanded resistance range cap, and the ultimate upgrade for Resistance Weapons.

New Unreal Trial: The next super-powerful primal, Leviathan, has returned from A Realm Reborn to scare 80 heroes and provide them with a great challenge and the possibility of obtaining unique rewards.

Ishgardian Restoration Update: A new era is approaching for Ishgard and Luminaries from across Eorzea are invited to Firmament for a ceremony to commemorate this very special moment. It will be possible to earn rewards for participating in the specific events for Gatherers and Crafters that will take place during these periodic celebrations.

Explorer Mode Update: The Explorer Mode feature will be expanded to include Level 70 Dungeons. Explorer Mode allows you to safely explore Dungeons to take fun and amazing screenshots using mounts and minions. It will also be possible to use musical actions within the Dungeons, such as playing an instrument.

New Game + Update: Relive even more past adventures in Patch 5.5 with the addition of “Eden,” “Sorrow of Werlyt,” and other “Tales from the Shadows.” Main story missions between patch 5.4 and patch 5.55, plus YoRHa: Dark Apocalypse, will be added to New Game + in patch 5.55.

New Custom Deliveries: House Durendaire is considered one of the most noble and important houses in Ishgard, and Count Charlemend is the head of the family. Therefore, when such a personality prowls around Firmament, it is normal that it does not go unnoticed. What shady business has led you to visit this newly rebuilt district?

Music Actions Updates: A new instrument will be added with Patch 5.5.

Netflix: Choose which of these 5 K-Dramas for all tastes you...