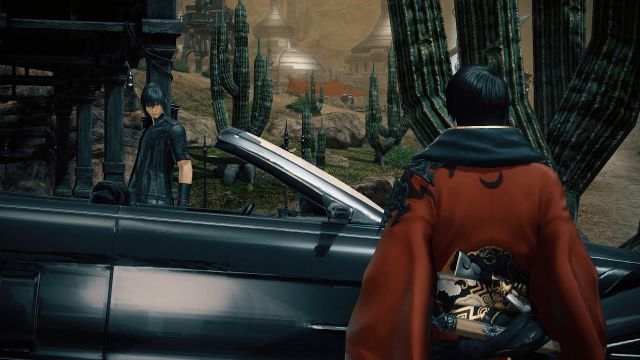 Square Enix will reunite the two universes in a special event held in Final Fantasy XIV. Get the Regalia of Noctis and other items.Final Fantasy XIV will once again celebrate the Final Fantasy XV special event. The title starring Noctis will allow players to unlock thematic items related to the delivery, which you can use without limitations in the MMO.

Starting September 13 at 10:00 CEST you will see a new mission in Ul’dah, Steps of Nald. Called The Man in Black, you must help Kipih Jakky “discover the truth for his latest article.” To access it you must meet two requirements: have a character at level 50 and have completed the main mission The Ultimate Weapon.

If you completed it in 2019, do not worry: you will have the opportunity to enjoy it again through the “replay of seasonal event” function. Special items include Noctis’s outfit, his hairstyle, and the Regalia. Yes, you can have the prince’s convertible as a mount. It flies too! The event will be available until October 18 at 17:59 CEST.

“You will team up with the protagonist of Final Fantasy XV in an epic battle against the worst that his world has to offer,” explains Square Enix on its official website. “This means that you will face the magitek infantry, the magitek armor, and even the messenger himself, Garuda.” You can see its official trailer at the top of this paragraph.

As for the rigorous news of Final Fantasy XIV, the title is a few months away from receiving its next major expansion, Endwalker. It will be released on November 23 on PS5, PS4 and PC (both Windows and Mac). Those who reserve it will have early access to the title from November 19. These weeks of waiting add to the success you are in. In July we saw his best record with peaks of more than 60,000 simultaneous players on Steam, not counting those on Square Enix’s own platform and those on PlayStation.

The Lord of the Rings: Gollum To Be Present At The...

“Much More to Come” — Leased Liverpool “Will Never Be Forgotten”...