Home Entertainment Final Fantasy VII will have a Battle Royale 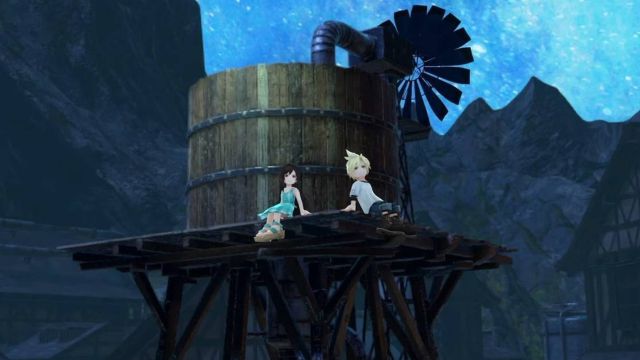 Square Enix announces two games for mobile devices, including a PVP game and a compilation that covers the entire history of FFVII

Shortly after Square Enix showed the PS5 version of Final Fantasy VII Remake, which will be accompanied by an unreleased episode starring Yuffie (available as paid DLC), the Japanese company has unveiled two titles for iOS and Android, Final Fantasy. VII Ever Crisis and Final Fantasy VII: The First Soldier. Both brands had previously been leaked, but were believed to be remake-related projects.

Nothing is further from reality. Ever Crisis is nothing more and nothing less than an adaptation of everything that happens in Final Fantasy VII, but the game covers the entire history of the classic and extends through the rest of the products of the original compilation, that is, Before Crisis, Advent Children, Dirge of Cerberus and Crisis Core. Its graphic style looks more classic, with a superdeformed aesthetic like the original, but somewhat more stylized.

The second project, The First Soldier, is defined as a battle royale set in Midgar, although the events take place before the events narrated in the title starring Cloud. Players will manage a Soldier candidate, who will have to do his best to pass the tests and survive his hard learning.

Final Fantasy VII Remake will be updated on PlayStation 5 completely free from June 10. That same day the additional episode of Yuffie, called Intergrade will be published. The enigmatic character, one of the classics of the 1997 title, will infiltrate Shinra.

The game was launched on April 10, 2020, and although it is backward compatible with PS5, it did not incorporate any kind of optimization for the new generation. Now you will benefit from shorter load times, better lighting, improved graphics and a frame rate per second that will reach 60 fps.

EXO: Sehun and Suho Support Xiumin in His Hadestown Musical