Home Entertainment Final Fantasy VII The First Soldier: This Is The Gameplay Of This... 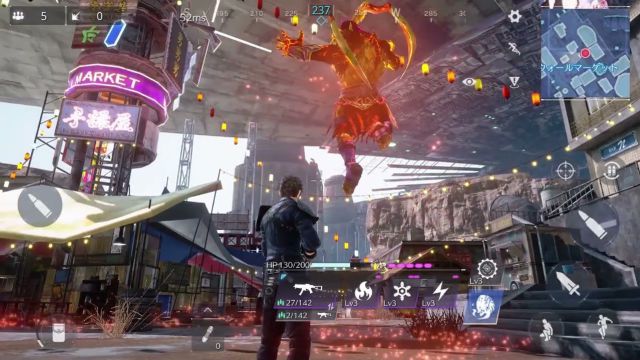 Final Fantasy VII: The title will be available on Android and iOS, but some players have already been able to access it through the closed beta. Square Enix continues to expand the goose that lays the golden eggs. Final Fantasy VII: The First Soldier is one of the two video games for mobile devices that are planned for these systems. This title in particular works as a multiplayer of the battle royale type, and although it has not yet come out, the players selected for the closed beta are already tasting it. Proof of this is the number of gameplays that have been published on the Internet.

In Final Fantasy VII: The First Soldier we return to the universe of the seventh installment. The events that we live are prior to the events that occurred in the main story of the original. However, the project is totally multiplayer oriented, whereby each of the contenders fights in a fight for survival. Of course, the title allows you to customize the skills and the character, so that it adapts to the style of play of each one.

Ever Crisis, a more traditional game

In addition to the battle royale, Square Enix prepares Ever Crisis, also under the free-to-play model. However, the project is quite different in nature, as it invites us to relive the entire story of the original, but with renewed graphics and gameplay adapted to mobile devices. It will cover the entire compilation of Final Fantasy VII, so it will bring together a good number of stories.

Meanwhile, Square Enix is ​​about to launch Final Fantasy VII Remake Intergrade, the version optimized for PlayStation 5. It will go on sale on June 10, although those who have the game on PlayStation 4 will be able to update at no additional cost. Of course, the DLC starring Yuffie, INTERMission, will have to be purchased separately at a price of 19.99 euros. It comes bundled with a code in the standalone version of PS5. The second part of the remake is already in full development, but at the moment it has not been shown.