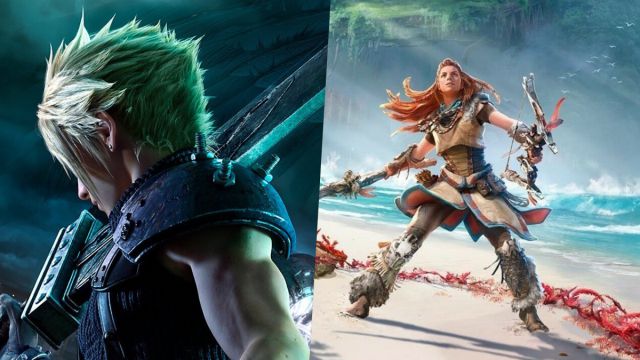 Naoki Hamaguchi, one of the directors of the video game, says that the title starring Aloy “moved” him. Some kind of announcement was expected during the FF VII Orchestra concert, but finally there was no news about Final Fantasy Remake and its upcoming sequels.

The video game, which for now has been released exclusively for PS4, has not yet revealed concrete plans for the future. However, Naoki Hamaguchi, co-director of the title, has dropped that Horizon Zero Dawn and its sequel have been a major influence not only for the first installment, but also for the evolution of the remake in future installments. According to the creative, the video game will evolve in a similar way to Aloy’s adventure.

“Horizon Zero Dawn, the first game in the franchise, made a great impression on me as a game creator,” he shares on the official PlayStation blog. “I was moved by the deep immersive experience that the incredible graphics offered, as well as the unique world I found myself in, a future in which civilization has collapsed. And he adds. “The next title is expected to evolve even more.” So, “Final Fantasy VII Remake, which I am in charge of, is expected to do it in the same way. This is why I have a personal affinity for Horizon. As a fan, I’m looking forward to Horizon: Forbidden West. ”

The end of exclusivity on PS4?

Since before the release of Final Fantasy VII Remake it has been known that Sony and Square Enix had signed a one-year exclusivity agreement. After that period, the title can appear on any additional platform. However, the Japanese company has not yet announced its plans in this regard, despite the numerous rumors that have emerged over recent weeks.

Final Fantasy VII Remake is a reimagining of the classic. As such, it not only adapts the graphics and sound to current standards, but also modifies parts of the story and delves into the characters. The following installments will continue to delve into that line.

What is Battle Royale? Everything about this game genre