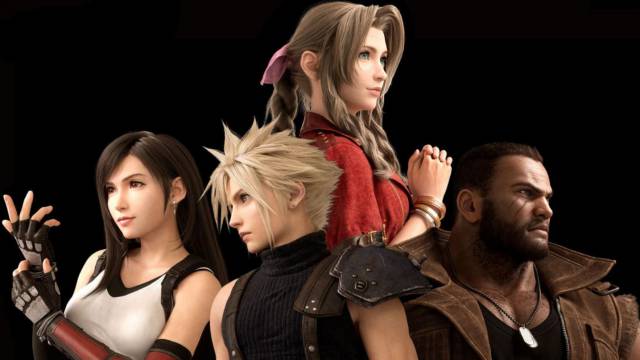 The Square Enix video game is currently in development, but has no date. Its managers want to meet the expectations of the fans.

Square Enix is ​​aware of the anticipation surrounding the second part of Final Fantasy VII Remake, a reinterpretation of the original PlayStation work with no release date in sight. After the success of the first on PS4, Yoshinori Kitase and Naoki Hamaguchi, producer and co-director of the game, respectively, want to surprise fans and offer a title that meets expectations.

“Beyond expectations”, beyond what we already know

In a meeting held on the occasion of the CEDEC + Kyushu Online 2020 held in Japan (English translation via aitakimochi), Hagamuchi reported his intention to provide the rest of the world of Final Fantasy VII with maximum detail; just like they have done with Midgar. Although details about the scale of the project have not been revealed, given that the amount of history ahead is very large (the Midgar arc covers approximately less than a third of the total), it is expected that there will be changes because they want there to be a combination of fidelity with surprise.

“Those who played the original title probably know what’s going on in the story and are curious about what will happen now,” Kitase reasons regarding Final Fantasy VII beyond Midgar; especially after the events narrated at the end of the first part. As you already know what is going to happen “we want to show something that is not only surprising, but goes beyond expectations”.

Why do they want to keep the essence, but adding surprise

Hamaguchi expands on an aspect to consider that directly influences the creative motivations of the team: most of the development members played the original work, but many have also played the remake. “The new team that wants to work on the game [FFVII Remake P2] is made up of those who played the Remake and would like to be part of Part 2 specifically. It’s great to see this new wave of new components, ”says Hamaguchi.

“We want to create a game that meets expectations, but at the same time get rid of them, in a good way,” says Kitase, who wants to detach himself from all kinds of pressures and eliminate the need to be predictable: they want to generate astonishment or bewilderment, that goes “beyond expectations.”

As interpreted by the translator of the interview, in another part of the conversation Hamaguchi acknowledges that the original game is very long. In order to cover everything in detail and determine a realistic scale of all events, they want to go little by little. This invites aitakimochi to think that Final Fantasy VII Remake Part 2 will not cover a large portion of the remaining history of the original work, but are only estimates according to his words. How far it will go is anyone’s guess.

A final aspect that transcends Hamaguchi is his intention to seek new formulas for the action-based combat system with which to surprise players, an evolution of it.

Final Fantasy VII Remake Part 2 (tentative title) is currently in development. The end of the year of exclusivity of the first part expires this month of April; from then on, the game will be able to see the light in other platforms that are not of the PlayStation family.