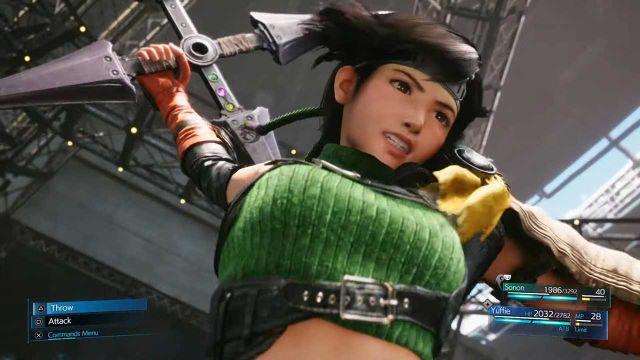 Final Fantasy VII Remake Part 2: Some of the playable novelties introduced by this DLC have convinced Naoki Hamaguchi, who hopes to be able to inherit them in the second part.Final Fantasy VII Remake Intergrade has included enough new features not to go unnoticed in the development of the second part of this reimagining of the original myth, Naoki Yamaguchi, co-director of the game, has acknowledged in a meeting with The Washington Post. Following the commercial success of Square Enix’s work in 2020, Intergrade brought with it not only a technical facelift to take advantage of the PS5, but an additional episode, INTERmission, whose new mechanical contributions aim to be present in the second episode.

Specifically, the joint moves where Yuffie and Sonon temporarily join forces to unleash special attacks and combined abilities. A way to connect the synergy between both characters and that “gives a different feeling in the combat strategy. I would like to take advantage of it, including other elements that we tested in INTERmission, in our next story, ”Yamaguchi acknowledges.

In the absence of knowing how many episodes this reinterpretation of the classic Final Fantasy VII Remake will offer, which will continue to include “significant” changes with respect to the original work, we already know that Tetsuya Nomura will not assume the role of director; He is immersed in other projects and will assume creative direction in a supervisory capacity for all Final Fantasy VII spin-off projects, including the mobile titles. Naoki Hamaguchi will be the solo director for Part 2.

Final Fantasy 7 Remake Intergrade has been available since June 10, 2021 exclusively for PS5 (an exclusivity period that will last at least six months). Users who have purchased the original PS4 title will be able to upgrade to the Intergrade version free of charge, including all the graphical benefits; however, the Yuffie DLC has to be purchased separately in this case. Those who have the version that PS Plus offered at no additional cost last April cannot update the game to Intergrade. Only those who buy Final Fantasy VII Remake Intergrade from scratch will have the INTERmission DLC included; In addition, all the DLC that were given away on PS4 can be redeemed for free.

Yellowstone Series Renewed For A Fifth Season By Paramount