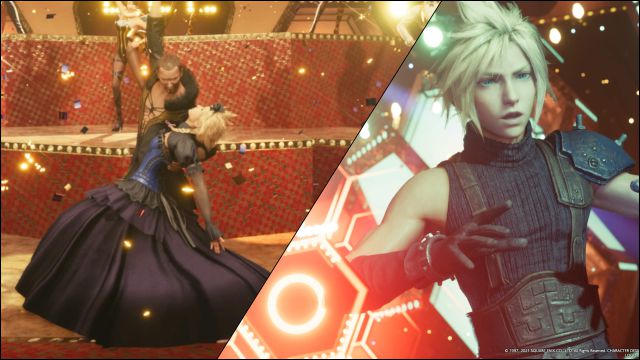 Final Fantasy VII Remake: Square Enix details the reasons why they gave up some of the ideas they had in mind during that mythical scene with Cloud and company. Final Fantasy VII Remake is one of the most remembered video games of 2020 not only for being the remake of one of the most influential works in the history of the medium, but also for a series of iconic moments that remain in the memory of fans. The famous dance scene at the Honeybee Inn was initially going to be different from how we finally saw it on screen, co-director Motomu Toriyama acknowledged in an interview published on the official Square Enix website.

This news may include sensitive content to be considered a spoiler or plot spoiler.

First of all, it explains how that scene came to be on a strictly creative level; a dance that did not leave anyone indifferent. It was divided into five major acts: “First, we decided on the general structure of the scene, which consisted of the opening show, the three phases of the dance contest, and finally the final scene. In addition, we elaborated a general scheme for each part and its duration ”, Toriyama begins detailing.

What we did not know, until now, is that since Square Enix the idea of ​​including a pole-dancing bar, something more linked to the adult audience and more complex to justify within the PEGI 16 and equivalents, has crossed our minds; that is, on the border between a video game for minors or only for adults. Mitsuto Suzuki, composer of the work, came to travel to Roppongi, Japan, to develop that inspiration. They finally discarded it.

The Sinister Dead: How to Fight a Necromancer (A Guide for...