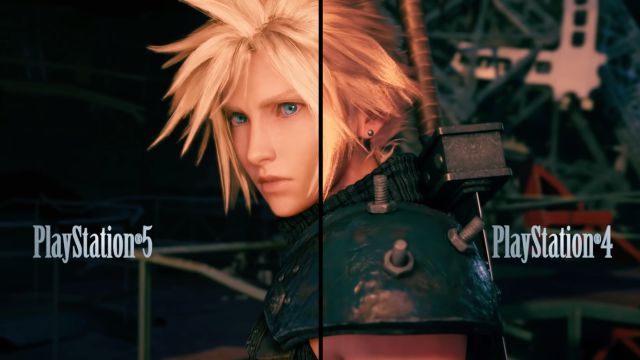 The game goes on sale this June 10 with graphic improvements in textures, animation and effects; Free update if we buy it on PS4.

Square Enix has published a new video of more than five minutes of Final Fantasy VII Remake Intergrade to show how the original PS4 video game has changed in this improved version for PlayStation 5, which will hit stores on June 10 with a free update for users who have purchased it on PS4.

As we can see, the new advance presents us with a trailer with the improvements in lighting, environmental elements and textures, which have gained in nuances and details to take advantage of the unique characteristics of the PlayStation 5 hardware. It will be possible to activate a graphic mode in 4K resolution native and another in 4K resolution scaled with 60 FPS, the option desired by many gamers.

According to producer Yoshinori Kitase (via Aitaikimochi), at an event held in Japan this past Sunday, Square Enix has hired a team of ten professionals specifically for lighting tasks, all with the aim of being able to offer those improvements in lighting in modeling. three-dimensional that we will see in the final game.

According to Tetsuya Nomura, game director, there will be no more DLC or additional content for this first part of Final Fantasy VII Remake; From now on they will begin to dedicate efforts to Part 2, whose release date and destination platforms are currently unknown. Here you can see a video comparison of the game of Ps4 with this improved version of PS5.

Also, the Yuffie DLC is not included in the guaranteed free update for buyers of the game on PS4, but after switching to the PS5 version, it will have to be purchased separately. Of course, those who acquire Final Fantasy VII Remake Intergrade series will have the additional episode of Yuffie incorporated.

Netflix: check out all streaming releases in March 2021