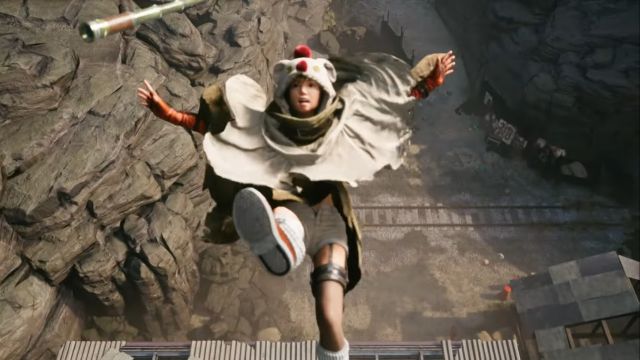 Final Fantasy VII Remake Intergrade: INTERMission will put us in the shoes of Yuffie, the petty thief from the original game, who returns with a new adventure.More than a year has passed since its original launch, but Square Enix prepares the arrival of Final Fantasy VII Remake Intergrade, the optimized version of the video game for PlayStation 5. All those who have a copy on PS4 will be able to update completely free, although they can also will distribute as a standalone game. In the latter case, the INTERMission DLC will be included as a code, while those who update will be able to buy it separately. How much? According to the official PlayStation blog the price has been set at 19.99 euros.

Tetsuya Nomura, director and designer of the characters, has talked about some elements of the video game. Regarding the appearance of Yuffie in the DLC, the Japanese creative has explained that this character is younger than the rest of the team members, since she is still a teenager. “Although Cloud and company also have young faces, I wanted Yuffie to look even younger.” Compared to her, the rest of her has a more mature physiognomy.

The thief wears a suit similar to the one she already wore in Dirge of Cerberus: Final Fantasy VII, one of the compilation’s spin-off projects. “I wasn’t necessarily thinking of doing a tribute, but I wanted Yuffie to appear in a costume at first. Nomura decided to use a similar look, as in the case of Weiss, who chose it because he was a powerful enemy beyond Sephiroth.

A character similar to the original

“My perspective on her hasn’t changed in any significant way,” Nomura emphasizes. “Yuffie is an energetic and direct character. That said, this episode is focused on her, so I think we’ve managed to represent hers “her sensitive side of hers.” The designer opted for the shuriken because that weapon was “especially powerful” in Final Fantasy that had job systems.

And why did they decide on Yuffie? “Vincent is still asleep and Cid is Shinra’s side, so Yuffie was the only one who could move freely.”

Cyberpunk 2077: left CDPR after 8 years in the studio

The Unholy: The Terrible Miracles of Jeffrey Dean Morgan