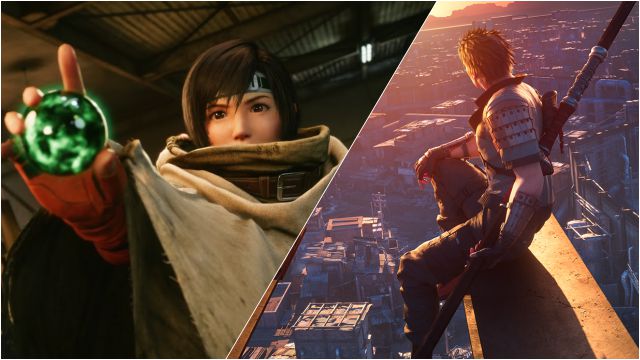 This coming June, PlayStation 5 players will be able to upgrade to the Intergrade version for free; if not, we will have two full-price options.

Final Fantasy VII Remake Intergrade has been one of the great names of the State of Play held on the night of this February 25. Sony and Square Enix knew that PS5 players wanted a new generation version of the famous JRPG, and this June 10 we will have a free one with this improved and expanded version if we already have the video game on PS4. Now, what if we want to buy it from scratch? From PS Store we can already see the two available editions, their price and their contents.

Let’s start at the beginning: Final Fantasy VII Remake Intergrade is an edition with improvements in lighting, textures, environments, reduced loading times and new features, such as the ability to toggle between different graphic modes ranging from native 4K to 30 FPS and a ” action mode ”with dynamic 4K at 60 FPS. Also included is photo mode so that we can capture our favorite memories and a new DLC episode with Yuffie as the protagonist (sold separately for those who come from the PS4 version and upgrade to PS5.

Therefore, and without going into plot spoils, Intergrade will delve further into the plot with aspects of the original Final Fantasy VII that we did not see in the remake. If we have the physical or digital version for PS4 of Final Fantasy VII Remake and we plan to know the improvements on PS5, it is possible to upgrade to the version for PS5 at no additional cost; just like saving data transfer. However, the new episode starring Yuffie has to be purchased separately: it is not free when upgrading from PS4 to PS5.

Those who pre-order the digital version of the game on the PS Store, as we will see below, will receive a Yuffie weapon, Cacstar, as a gift, which can be used in this new episode. The Digital Deluxe Edition will also bring a digital picture book and the mini-soundtrack for another euro. Now available for pre-order on the PS Store.

FIFA 22: They Simulate The Eleven of PSG After The Arrival...