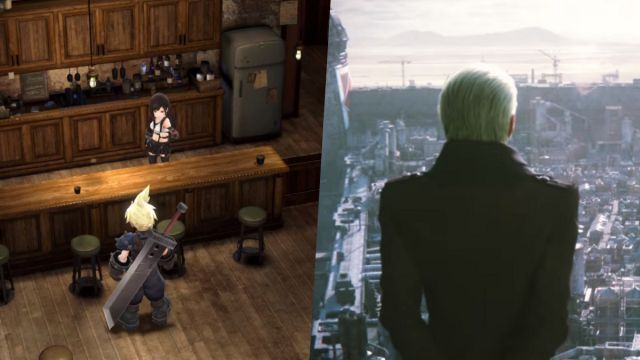 Both titles, which will be available exclusively for Android and iOS mobile devices, do not yet have a release date.

Square Enix is ​​not satisfied with Final Fantasy VII Remake Integrade or with the following installments of the video game. The Japanese company, with Tetsuya Nomura as the head of all projects related to the seventh installment, recently announced two new video games, although this time for mobile devices. These are Final Fantasy VII: Ever Crisis and Final Fantasy VII: The First Soldier. In an interview with Famitsu, Nomura has offered new details on both titles.

Ever Crisis is a kind of demake that reviews the entire history of the original and previous compilations of the saga. It will follow a free-to-play business model in which all chapters will be free, but the weapons will be monetized with a gacha-type system. The game goes over the history of the classic, while this will be organized in 10 episodes. It will also connect in some way with The First Soldier.

As for the battle royale title, Square Enix has conceived it as a project to reach new audiences who are not familiar with the Final Fantasy saga. Everything seems to indicate that it will incorporate some type of job system with different skills. Nomura wants the title to be a solid experience with great graphics on mobile devices.

– Episode Yuffie has new summons and Materia
– Only Yuffie is playable
– You can fight together with Sonon during combat (pressing L2) as seen in the trailer
– No further DLC planned; focus in part 2 for nowhttps://t.co/IUz4w7ydKb pic.twitter.com/MHzy0UjYCX

The news of the remake

In the same interview, Tetsuya Nomura has also detailed some aspects of the DLC of Final Fantasy VII Remake Integrade, the new version for PS5. The story expansion will put us in the shoes of Yuffie, the only character that we can handle in this experience, although we will have the help of Sonon in combat. The thief will make use of new materials and summons, as she displays her fighting skills and techniques. The fight against Shinra intensifies as of June 6.

As for the date of the mobile titles, none have been announced yet, so we will have to wait for them to be officially revealed.

Britney Spears’ sons Preston and Jayden will not attend her wedding...