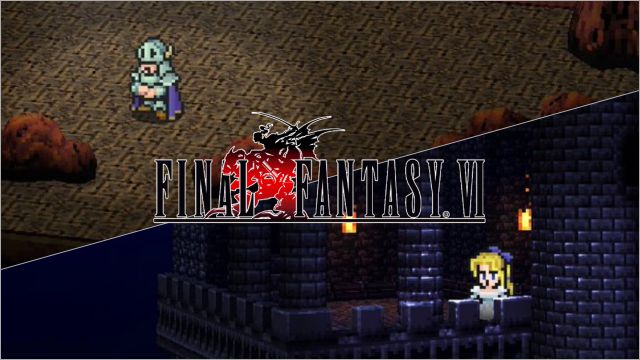 Final Fantasy VI Pixel Remaster: The sixth and final title in Square Enix’s Pixel Remaster collection will be more ambitious than the others. It already has a release date and price. Final Fantasy VI Pixel Remaster will not be satisfied with being an HD-2D reissue of the classic numbered sixth episode of the Square Enix saga, but it will bring a series of changes that will demonstrate the production values ​​of this reconstruction work of the mythical title. Specifically, the official Twitter account has confirmed that the famous opera scene has been updated with new 3D graphics and will be dubbed in seven languages.

Those who get Final Fantasy VI Pixel Remaster on PC this Wednesday will be able to enjoy the opera scene in English, French, Italian, German, Spanish, Japanese and Korean. Unpublished in the original title. Below we will tell you more about the Pixel Remaster series, including the price and release date of the now protagonist.

Final Fantasy VI Pixel Remaster, what improvements does it include? All news

Final Fantasy VI is one of the most important and best rated titles in the saga. Both its story and its combat system, the original soundtrack supervised by Nobuo Uematsu or a cast of unforgettable characters make up an essential title that now comes in the form of 2D pixel art. After passing through SNES in 1994 and other platforms later, these are the main improvements of Final Fantasy VI Pixel Remaster:

General 2D pixel graphics update, including characters designed by Kazuko Shibuya
Revamped soundtrack under the supervision of original composer Nobuo Uematsu,
Improved gameplay with a modernized interface, auto combat options, and many other new features.
Extra content such as the Bestiary, the Gallery and the Music Player.

House Of The Dragon, Spin-Off Of Game Of Thrones, Finishes Filming