Home Entertainment Final Fantasy VI Pixel Remaster; This Is How The Mythical Scene Of... 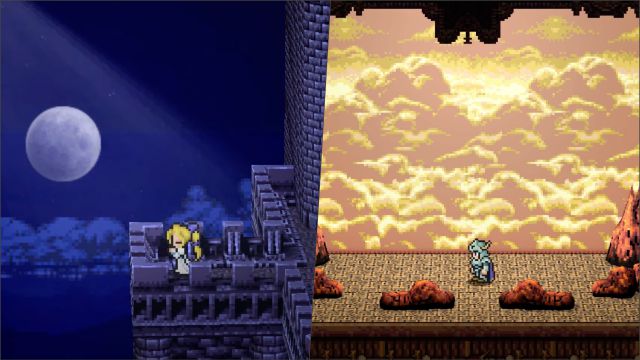 As you can see in the video under this paragraph, the voices have been dubbed in perfect Spanish. The whole scene presents new 3D graphics with which to improve the result even more. Kathyanhy on YouTube has captured the moment.

What improvements does the Final Fantasy VI Pixel Remaster include?

Beyond dubbing the opera into English, French, Italian, German, Spanish, Japanese and Korean, the classic JRPG is reinforced with the following new features:

General 2D pixel graphics update, including characters designed by Kazuko Shibuya
Revamped soundtrack under the supervision of original composer Nobuo Uematsu,
Improved gameplay with a modernized interface, auto combat options, and many other new features.
Extra content such as the Bestiary, the Gallery and the Music Player.
Currently the title is available on PC through Steam, iOS and Android. As a launch promotion it is at 14.39 euros, 20% less than its base price, 17.99 euros. You have until March 10 to take advantage of the offer.

The release of Final Fantasy VI marks the closure of the Pixel Remaster package. Square Enix has updated the first six numbered installments in the series with refined 2D graphics, a revamped soundtrack, and more. If you prefer to buy the complete package, you can find it on Steam at a price of 74.82, a 22% discount compared to buying them separately. Each one costs 17.99 euros individually, except for the first two, at 11.99 euros.