Home Entertainment Final Fantasy Pixel Remaster Will Be Released on Other Systems if There... 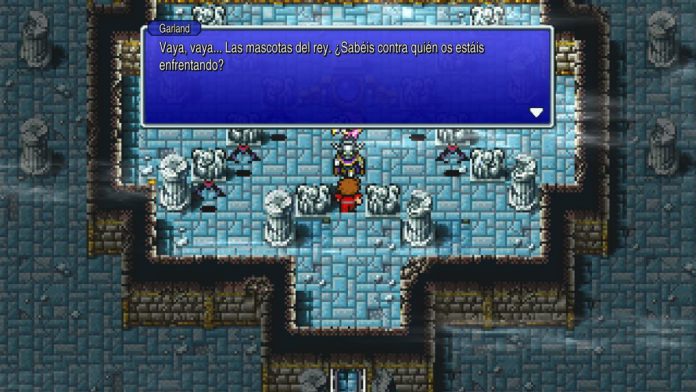 Final Fantasy Pixel Remaster: The two-dimensional remastering of the first six titles in the series is only planned for PC and mobile devices.The first six titles in the Square Enix JRPG series will be back in a revamped version. Final Fantasy Pixel Remaster will propose a return to the origins, with sprites closer to the originals. They have not opted for a style like that of the Dragon Quest III remake, similar to that of Octopath Traveler, but for a somewhat more faithful version of the classics. However, it is not currently planned for all platforms. That may change in the future.

According to the frequently asked questions section published on the video game’s official website (in Japanese, yes), these classics may end up reaching more systems than the PC and iOS and Android mobile devices. They do not assure anything, but they do anticipate that if the demand is high enough, they will consider moving the video games to other platforms.

Additional details have also come to light. Square Enix has done some fine tuning work to balance the different titles, while Kazuko Shibuya, the veteran of the company who has worked on the series since the first Final Fantasy, has been in charge of designing all the new character sprites. On the other hand, Nobuo Uematsu has arranged the soundtrack. It is also revealed that they have also reproduced the sound effects again. There is a monster registry that allows you to mark them on the map, as well as art galleries and keyboard and controller support.

What Tamra Judge Should Bring to the 17th Season of RHOC

What happened when Jin called Kim?! Why is he smashing the...